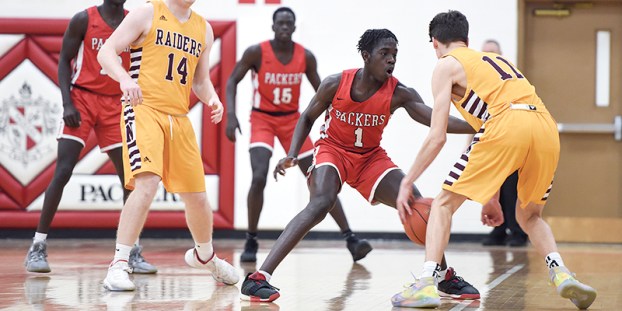 The Packers stopped dribbling and started passing as they controlled the ball as well as they have all season in a 62-38 win over Northfield in Packer Gym Tuesday.

“I was really happy with the ball movement in the first half. I was happy, across the board, with everything,” Austin head coach Kris Fadness said. “In the second half I thought we got to overextended and they settled in against our zone, but once we settled down and contested their shots, we were fine.” 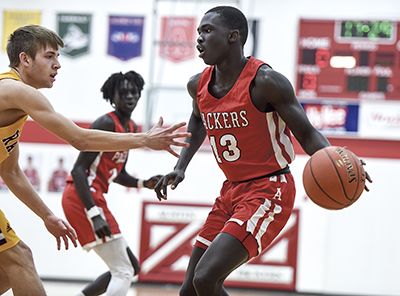 “I’m happy with the way we finished the game in the last five minutes,” Fadness said. “Other than six minutes in the second half, I thought were pretty dang good.” 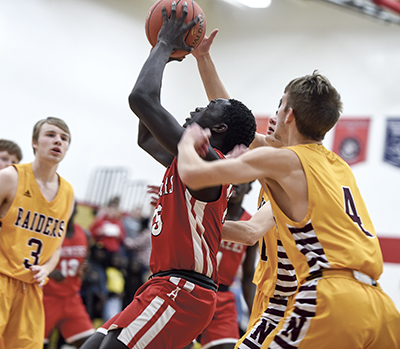 Austin’s Victor Idris battles through traffic against Northfield in the first half Tuesday night in Packer Gym. Eric Johnson/photodesk@austindailyherald.com

Nywesh said the ball movement made everything more effective for Austin’s attack.

“Fadness has been preaching ball movement the whole season and we’re starting to take note that when we move the ball, we’re a way better team,” Nywesh said. “It’s way easier to close the game out when the ball is moving. With Okey shooting as well as is he is, that made it easy easier for everyone else to get their points.” 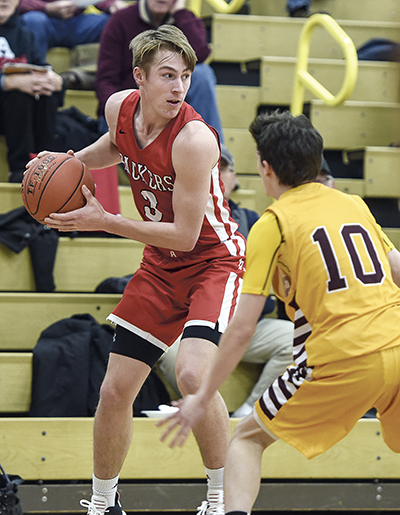 Austin’s Teyghan Hovland controls the ball against the pressure of Northfield’s Tate Journell during the first half Tuesday night in Packer Gym. Eric Johnson/photodesk@austindailyhearld.com