Tuesday morning, third-graders from Sumner Elementary took part in a very important quiz and, aside from a few miscues, they were passing with flying colors.

Each year HAAG sponsors the contest nationwide, asking elementary students from second through fifth-grade to write an essay on King. This year’s Sumner winner was the third-grade class, but Sumner was just one of three schools to take part in the contest.

At Banfield and Southgate Elementary schools, a fourth-grade class was picked, and at each of the three schools, those classes will receive pizza parties.

But more than that, these students are taking place in the continuing legacy that is Dr. Martin Luther King, Jr.

“We want to talk to kids about what Dr. King means to us and what Dr. King means to them,” said Harold Burden, who works at Hormel Corporate and is also a member of HAAG. “It’s amazing that children today can comprehend and articulate (Dr. King’s) vision. It inspires us. They do a really great job personalizing Dr. King.”

At Sumner, four students were chosen as individual winners in the competition. Among those, Jenny San was picked overall winner of Sumner.

Her essay, like so many others, spoke to the hopes of King and his desire to reach equality.

“To change the law to make it right,” her essay read. 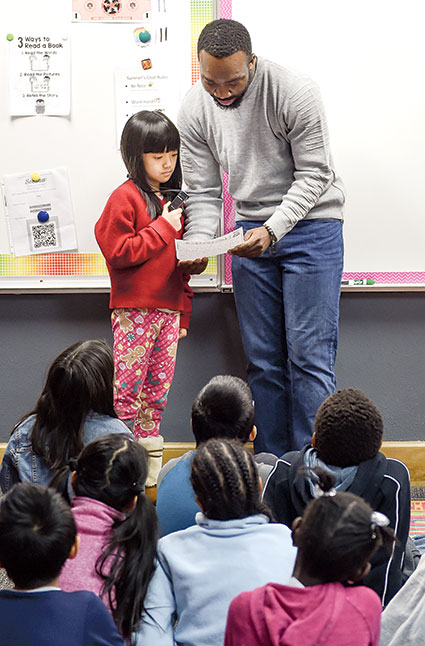 Burden said that not only is this contest meant to open up the world of King to students, but to show them how we are more alike than different.

“Diversity is more than color,” he said. “We’re all brothers and sisters.”

As the event was wrapping up, Olajonlu praised all the students for their work.

“We’re happy to know of his contribution to us and to you individually,” Olajonlu told the assembled students, adding later. “Thank you very much for the essays. We had great time reading your essays.”

Last year, the contest included 29 schools from around the nation and Burden said he’s looking forward to next year.

“This year is our ninth and next year is the big 10.  We’ll have to do something special,” he said.

Austin man charged with stealing over $450K from golf club