KSMQ Public Television viewers will soon be able to tune in to programming from the heart of Europe.

Beginning March 1, KSMQ is launching a service from the German broadcaster Deutsche Welle. The channel, referred to as “DW,” will be shown on KSMQ 15.2. The new channel will replace Mhz/Worldview, which is eliminating its service to public television stations.

“As one of the world’s largest international broadcasters, Deutsche Welle will provide KSMQ viewers the unique opportunity to see our world from yet another perspective,” said Eric Olson, KSMQ president and CEO. “It will be an exclusive service offering for the estimated 709,000 viewers residing in KSMQ’s over-the-air market.” 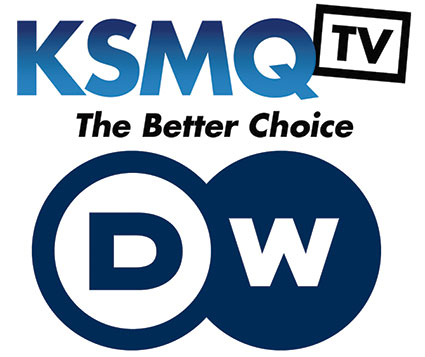 Founded in 1953, DW is Germany’s international radio and television broadcasting service, based in Bonn, Germany.

Deutsche Welle (DW) has developed a reputation as a trusted source for reliable news and information, with offerings worldwide in 30 languages. The flagship channel DW provides news analysis and insights to viewers (in English). With news, special features and talk shows covering everything from business, science and politics to culture and sports.

KSMQ’s other channel offerings are its flagship channel KSMQ 15.1; KSMQ Create 15.3; and KSMQ The Minnesota Channel 15.4.