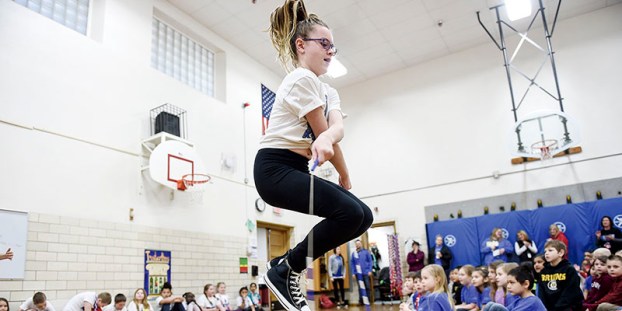 The Neveln Elementary Jumprope club got a chance to show off its skills Friday morning while at the same time kicking off a fundraising drive for the American Heart Association.

The show, one of five the club is performing throughout the year, was a highlight for both students as well as family members who came to watch.

“It’s so much fun,” said Jen Dooley, the Club’s organizer. “They practice every Monday, before and after school, they are always coming to ask if they can (practice). I think it’s great to give kids a difference source of activity.”

The jumpers performed routines to several different songs, highlighting everything they’ve learned through the year.

Dooley said the club has become very popular with students over the past five years. This year, close to 80 kids tried out, which is limited for reasons that include space. The number accepted for this year’s club was 25 second, third and fourth graders. 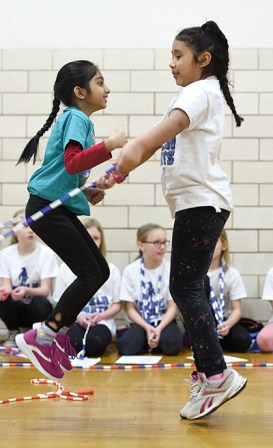 But Friday morning’s demonstration was also about kicking off the Kids Heart Challenge fundraiser. Allana Kern of the American Heart Association was on hand for the event, speaking to students about the importance of a healthy heart.

“What you’re doing when you raise funds is you are really helping babies born with special hearts,” Kern told them. 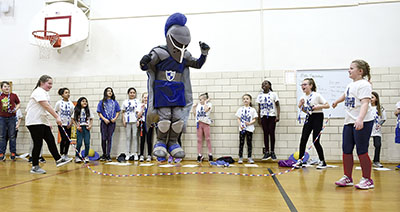 When the day is done, however, it’s just a chance for the kids to get moving and have some fun.