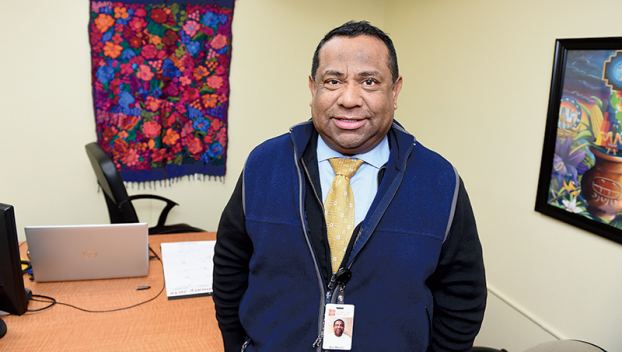 Jose Rivera, who was waiting for lung transplant, passes away

An Austin man, whose friends were desperately trying to find a caregiver so he could go through a lung transplant, has died.

Jose Rivera was a patient at Duke Medical Center in Durham, North Carolina, waiting to undergo the lung transplant he had been okayed for when he passed Tuesday afternoon. The hurdle leading up to the operation was finding a caregiver, which had to be in place before the transplant could do through.

“All of our thoughts and prayers are with you all — his friends —the people who stood in to be his community and family,” the post read.

Rivera, director of the Austin CLUES and an advocate for Austin’s Hispanic community, was diagnosed with cryptogenic organizing pneumonia (COP) late last year. He was originally admitted to Mayo Clinic in Rochester, where he was placed on a ventilator and eventually flown to North Carolina.

A group of friends from Rivera’s church were working to ensure a caregiver, which would train to care for Rivera during his recovery. They eventually found that caregiver, Ismael Garcia Rojas, who had driven out with Victor Ordoñez in the days leading up to Rivera’s passing.

“Oh my God, his energy,” said long time friend Miguel Garate, when speaking about Rivera in January. “His energy was number one. He was always singing and dancing and helping people no matter what. He makes me laugh. He became a part of my life. I miss him like a real brother.”

Friends of Rivera’s are now working on arrangements to return his body to Austin for funeral services.

Hormel donates close to $9,800 to wipe out school lunch debt

A donation of about $9,800 from Hormel Foods has wiped out the student lunch debt at Austin Public Schools and... read more