Has been placed on leave pending outcome of internal investigation

A Gerard Academy staff member has been placed on leave after allegedly assaulting a student. 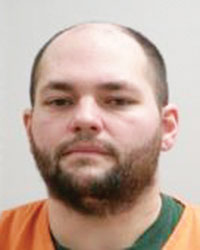 According to the court complaint, an Austin police officer responded to a Jan. 28 call from Gerard Academy regarding an assault that occurred on Jan. 27. The officer made contact with a female staff member who reported that she was working in one of the dorms the previous day when she heard screaming at about 5:50 p.m. She went to investigate and found Gallagher holding a juvenile female resident by the wrist. She said Gallagher then slammed his body into the resident as she was against the wall and used his right forearm to pin her neck against the wall. She said she heard the victim gasping for air and that Gallagher refused to release her wrist when she tried to intervene. When he did release her, Gallagher told her the resident had called someone else a name and had refused to leave the area when told to do so. He said he was making her leave and that another female staff member had witnessed the incident.

The officer spoke to the victim, who said she had refused to leave the area and that Gallagher “ripped” her across the room and caused her to strike her head on the wall. She then said she hit him, so he took her into the hall and used his arm to “choke” her. She indicated Gallagher had done this to her on previous occasions in her dorm room and that she had an injury on her arm from a prior incident with Gallagher.

The officer spoke to a supervisor, who said she had heard stories of Gallagher putting his arm on the chest area of children, but it was never formally reported. She said Gallagher worked in the dorm with females aged 7-12 and that she had supervised him since October 2019. She said she was aware of another incident that resulted in an internal investigation and that Gallagher had reported the victim had been “taunting” him and told him she would get him “in trouble.”

The officer made phone contact with the employee Gallagher said witnessed the incident. She said Gallagher called for help because the victim had to be removed from the unit. When she arrived, she said she saw Gallagher holding the victim’s arm, then place his other arm against the victim’s throat and shove her against the wall. She reported hearing the victim say, “I can’t breathe,” and that the victim’s face turned red. She described Gallagher’s demeanor as “really mad.”

The officer then spoke to Gallagher, who said the victim was disrupting the unit by making threats of violence to him and other residents. He said she refused to leave the area when told to do so, so he took her by the arm. He said she started resisting and attempted to throw a water pitcher at him. He reported they both fell into a medical cabinet and he took her into the hallway by the arm. He indicated his right arm was briefly placed on her chin area, but denied pinning her against a wall.

Gerard Academy has confirmed that Gallagher has been placed on leave and an internal investigation is being conducted.

“At Nexus Youth and Family Solutions, the safety of our youth is always our top consideration,” said Gerard Academy Executive Director Karen Wolf. “Regarding the situation at Gerard Academy, the individual was immediately placed on leave, and we are conducting a full internal investigation. If it is determined that inappropriate interactions occurred, per our organizational policies, he will not be reinstated.”

Gallagher will appear in court again on Feb. 10.

The Austin Packer Dance Team’s annual Winter Show is one of the most energetic shows in Austin throughout the year.... read more