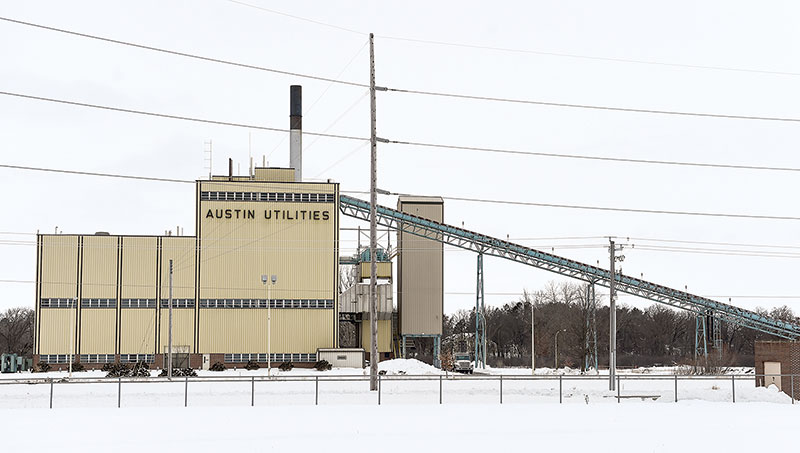 Austin Utilities took its first steps to take down the north plant with the demolition of out buildings on the property. Eric Johnson/photodesk@austindailyherald.com

Austin Utilities’ former coal powerplant is coming down this year, after years of being out of commission.

Energy Resources and Utility Operations Director Alex Bumgardner said the decision to tear down the plant was made in 2016, but a project to get rid of the downtown coal plant on Fourth Street Northeast, where the Austin Community Recreation Center now sits, came first.

While the company tried to change the plant to use natural gas, it became apparent that the option did not allow them to generate power quickly enough to meet the needs of customers, Bumgardner said.

“This has been kind of a long time coming,” he said.

When the company shut the plant down in 2016, it’s new facility was opening, which allowed a number of employees to transfer from one site to the other, Bumgardner said. Now, the site sits vacant other than checks to make sure nothing is vandalized or that other problems are occuring.

The process of tearing down the building began with an assessment of the building last fall to look for any materials that could be a problem.

Over the winter, employees have torn down outbuildings. The timing of this has worked well for the company, Bumgardner said.

“That’s a slower time for our crews,” he said.

The cooling tower and a couple other buildings have been taken down and crews are working to clean up the parts of the buildings that were below the surface before filling them in with dirt, Bumgardner said.

Within the next month or two, this job is expected to be completed.

The company is also putting together bids to have a company come in to take down the main power plant.

“That’s a little more than we’re able to handle with our internal staff,” Bumgardner said.

The company plans to hold onto the property as it and SMMPA have substations there. While nothing is certain, one option that is being looked into is to have new power generation facilities built onsite, Bumgardner said.

Austin Utilities will likely sell or auction off tools, furniture and more at some point.

The full project is expected to be completed in early 2021.