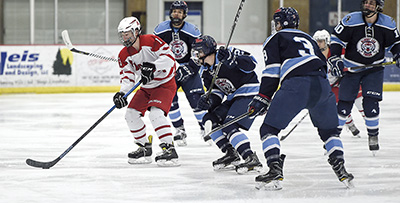 Austin’s Roger Olson skates the puck out of pressure against Albert Lea Tuesday night during the first period in Riverside Arena. Eric Johnson/photodesk@austindailyherald.com

The Tigers scored the first six goals of the game to take a commanding lead. 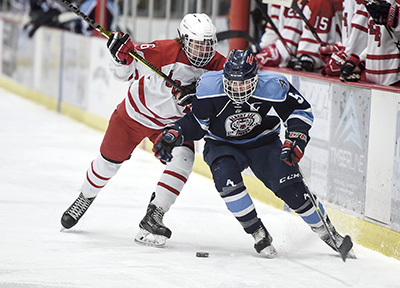 Nick Dunlap and Kaleb Ree each scored a goal for the Packers (1-13 overall, 0-8 Big Nine).

Sam Eyre had 35 saves for Austin, which had 17 shots on goal. 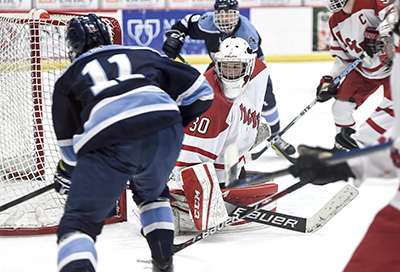