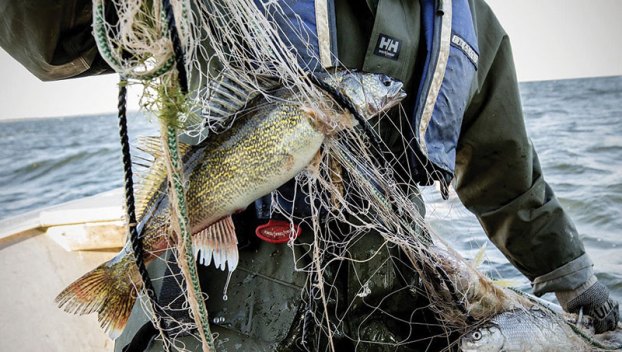 The walleye population in Mille Lacs Lake is of great concern to the communities surrounding the popular central Minnesota lake. Paul Middlestaedt/MPR News

A new University of Minnesota study has found that, when lakes were infested with two common aquatic invasive species — zebra mussels and spiny waterflea — young walleye didn’t grow as large as quickly, as they did before the invaders arrived.

Lead researcher Gretchen Hansen, an assistant professor at the university, analyzed data the Minnesota Department of Natural Resources has been collecting from fish in those lakes for 35 years.

Hansen found that walleye in lakes infested with zebra mussels or spiny waterflea were 12 to 14 percent smaller after their first summer than before the lakes were infested. That equates to about half an inch to three-quarters of an inch for a 5- or 6-inch walleye, she said.

Hansen said that might not seem like much, but the size of a fish after its first summer can affect its chances of survival later.

“The next step of our research is to really tackle that question is: Do these changes in early life growth translate into impacts that people might see in walleye that they fish for?” she asked.

Hundreds of Minnesota lakes are infested with zebra mussels or spiny waterflea, two invasive creatures that have a significant impact on lake ecosystems. Researchers know that both species reduce a lake’s zooplankton, an important food source for young walleye.

But Hansen said researchers weren’t sure how those impacts translate up the food chain to larger species. So, they focused on walleye and yellow perch, which eat zooplankton during the first year of their lives.

The lakes in the study were chosen based on their importance as walleye fisheries, accounting for about a third of Minnesota’s annual harvest of the fish.

The study did not find a consistent trend of smaller young yellow perch in infested lakes, Hansen said. That was somewhat surprising, she said, because they rely on zooplankton even more heavily than walleye.

Researchers can’t know for sure that a loss of zooplankton is what’s affecting young walleye growth. Hansen said there could be other impacts such as increasing water clarity, which walleye don’t like.

Hansen said she plans to continue her research, including how the results translate to smaller and medium-sized lakes and older walleye.

The study was published this week in the journal Biological Invasions.