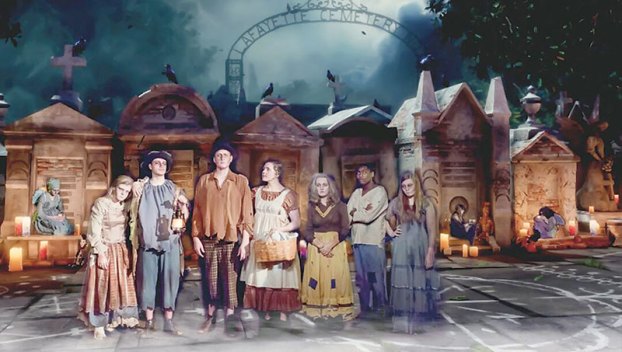 Southland one act play team to perform ‘Lafayette No.1’

For 2020, the Southland School one act play team will be performing “Lafayette No. 1,” the story of a Yellow Fever epidemic in 1816 New Orleans and how it affects a vulnerable group of orphans and how the city treated them.

Director Madlain Vander has been directing these plays at Southland for seven years now.

Because this production is part of a one act play competition, there are rules that must be followed, among them that it fits within 35 minutes and does not use items like strobe lights or fog machines.

During the first performance, the group worked to find the easiest play to prepare for, Vander said.

“It’s one thing to direct a play. It’s another thing to do a one act competition,” she said.

The set for the play must also be able to fit into a trailer to go on the road.

Ever since the first year, Vander works to pick out a play with purpose.

Many one act plays are comedic skits, but Vander and her teams have always tried to find a play that speaks to the audience on a deeper level, she said.

Subjects have ranged from World War 2 and Vietnam to juvie.

“It makes you think or touches you,” she said of the plays she likes to do.

Over the years, she has received comments from audience members who saw some of their own experiences in the plays the group has performed, whether it be from veterans or people who have known someone who went through trouble as a young person. The other benefit to the plays the groups do is that they do not require large, expensive sets, Vander said.

“It’s more about the kids than the fancy sets and the background,” she said.

For each of the plays, the group tries to find something in the community that they can do that matches up with their performance.

This year, free will donations will be collected to go to the United Way of Mower County to provide services for adults and children in need.

“That just seemed like a super good match for this play,” Vander said.