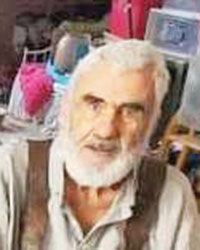 Robert was born on June 1, 1942, to Robert and Beth (Able) Nelson in Blooming Prairie, Minnesota. He graduated from Dodge Center High School in 1960 and attended RCTC to get his boilers license. He married Mary Catherine Danks and they had four children. They later divorced. Robert married Mary Lou Bendickson on May 27, 1994, in St. Charles, Minnesota; they had two children. Robert worked at McFarland Trucking until his retirement in 2019. He had a vast knowledge of just about everything and loved talking and sharing information. He loved his family, animals, coffee, driving trucks, and repairing just about anything.

Funeral services will be held at 11 a.m. on Friday, Jan. 17, 2020, at Clasen-Jordan Mortuary with the Rev. Scott Meyer officiating. Visitation will be from 5-8 p.m. on Thursday, Jan. 16, 2020, at Clasen-Jordan Mortuary and for one hour before the service on Saturday at the funeral home. Interment will be at a later date in the Minnesota State Veterans Cemetery in Preston, Minnesota.