GRAND MEADOW — The Grand Meadow girls basketball team continues to crank up the pressure as it used its defense to win its seventh straight game when it shut down Southland 49-23 in Grand Meadow Tuesday.

The Superlarks (11-6 overall) have now held their last seven opponents to 43 points or less and they held the Rebels (10-7 overall) to just five points in the first 12 minutes of the second half. 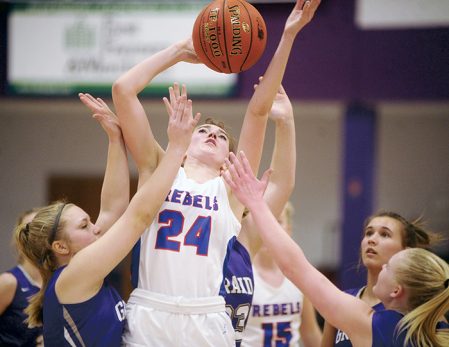 Southland’s Lexi Smith fights up a shot amongst a crowd in Grand Meadow Tuesday. Rocky Hulne/sports@austindailyherald.com

“You’ve always got to keep up your hustle,” Hindt said. “That sets the tone for the whole game. Our confidence level is high and we’ve played so well in practice and in games. We’re working well together as a team.”

The Superlarks had been leaning on the scoring of Riley Queensland lately, but she had just seven points as Southland focused on stopping her. GM head coach Ryan Queensland was ecstatic about how his team responded.

“It was awesome. I summed it up in one word to them and that was proud. We’ve come a long way since November,” Ryan said. “Southland played a box and one on Riley and the other girls had to step up. They found a way. Madison had a nice night, Rebecca Hoffman played well in the post and Rylee Groom did some of the little things well.”

Hindt knocked down three three-pointers in the win. She was ready to get some looks as the defense shifted towards Riley.

GM has made a huge surge since it had lost six of eight games before the current winning streak.

“It’s fun to see this team grow and gel together. Southland is a tough team,” Ryan said. “They play hard and they play physical. They’re going go be one to reckon with in tournament time as they always were. It was a good win for our girls and our program.” 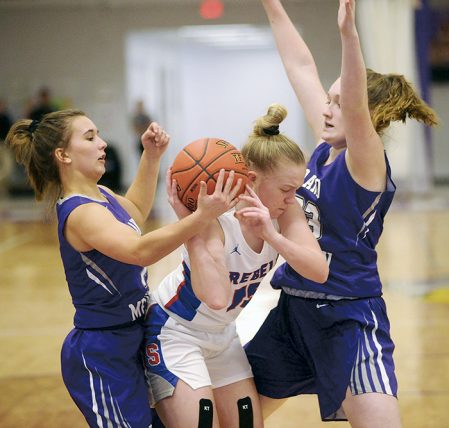 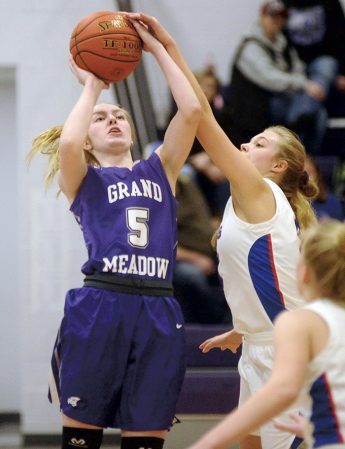