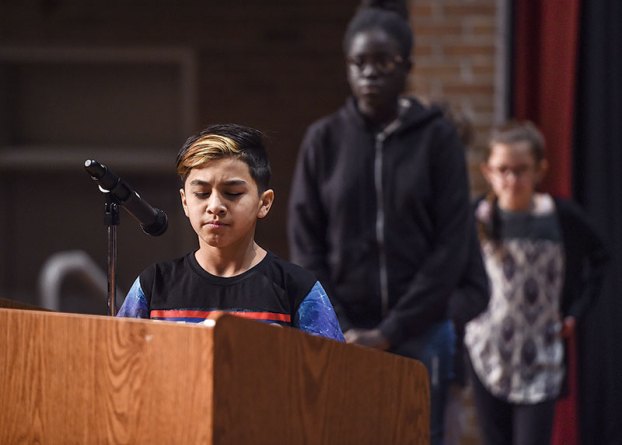 Seventh-grader Michael Fuentes concentrates on a word in the first round.

Nelson and Clark will represent Austin Public Schools at the Regional Spelling Bee at 9 p.m. on Feb. 11 in Rochester with Bhan serving as an alternate. 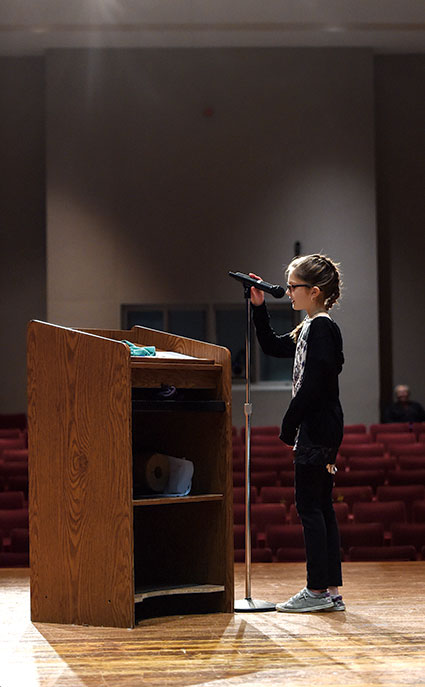 Aubrey Ruzek spells a word under the lights of the Ellis Middle School auditorium during the Austin Public Schools Spelling Bee Wednesday morning. 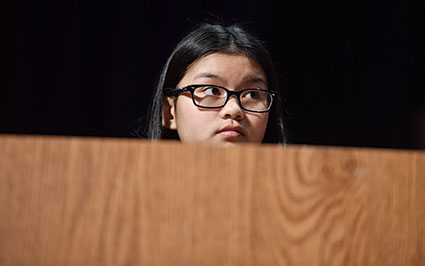 Fifth-grader Snow Due listens for her word in the second round.

This year’s 10th annual Paint the Town Pink is nearly upon us and to up the excitement the Austin Area... read more