The Austin boys swimming and diving team is set to host the Section 1A True Team Meet in Bud Higgins Pool this weekend. Rocky Hulne/sports@austindailyherald.com

Packers are aiming for history: Austin has sights set on pool records for Section 1A True Team Meet

The Packer boys swimming and diving team is hoping to create some big waves as they face their annual midterm report when they host the Section 1A True Team Meet in Bud Higgins Pool this weekend. The meet begins with diving at 5 p.m. Friday and it wraps up with swimming at 1 p.m. Saturday.

The Packers are accustomed to hosting the meet as they do it every season, but this year there is something missing that the team hopes to change. After Craig Heimark, who was Austin’s last state champ in 2015, had his pool record in the 100-yard freestyle broken last year, Austin currently doesn’t hold any of its own pool records.

“It’s kind of a pride thing. We lost our last pool record last year,” Austin head coach Ryan Kelly said. “We need to get one back and we’ve got our eyes on a couple of them, but in the grand scheme of things, our goals are well beyond that.” 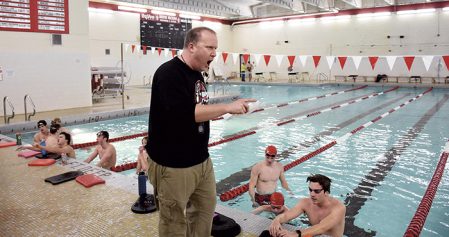 “We think Logan will have a good shot at the pool record and the medley should have a good shot. There’s also some other teams that could break some of the pool records,” Myers said. “We’re excited (for this meet) because we think we have a really good shot at true team state. We have strong depth this year. Our top four guys are really pushing each other in practice and that sets the tone for the whole team. Everyone’s working really hard.”

The Packers have made it their goal to advance to the True Team State meet and the team will have to finish in the top three in order to do that. The meet also gives the squad a chance to see how far some of the new swimmers have come this year.

“It’s a good meet to see where the younger guys are and to help them progress into better swimmers,” Austin senior Thomas Walker said. “We have a really supportive group, especially since a lot of guys are newcomers from cross country and other sports that we encouraged to come out.”

With the individual Section 1A Tournament set for Feb. 19 and 20, the Packers will have about a month after True Team to gear up for the final stretch of the season. The team has some big goals for this winter and the work ethic hasn’t slowed down.

“There is definitely a competitive spirit,” Ryan Kelly said. “We want to get these guys out there racing and we want them to think about what’s going on during practice, so when we get out in a meet, they don’t have to think.” 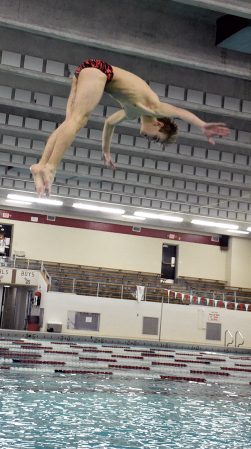