ST. PAUL — The Minnesota Department of Public Safety Bureau of Criminal Apprehension (BCA) has identified the officer and suspect who were shot on Monday night during an officer involved shooting incident in Waseca.

Officer Arik Matson was shot and gravely injured during the incident. Matson is in critical but stable condition at North Memorial Health Hospital in Robbinsdale.

The suspect in that shooting, Tyler Robert Janovsky, 37, of Waseca, was shot twice during the incident. Janovsky is being treated for non-life threatening injuries at North Memorial Health Hospital. 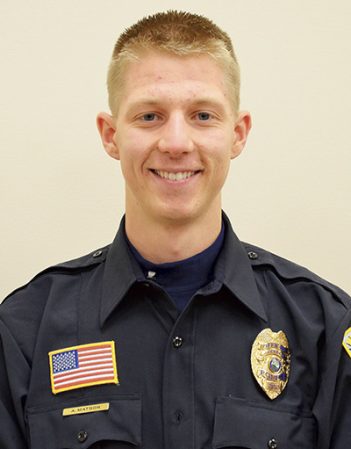 The BCA is investigating the incident at the request of the Waseca Police Department.

When officers arrived, they located the individual, later identified as Janovsky, at a neighboring property on the 900 block of Third Avenue Southeast. At one point during their encounter with him, Matson was shot and officers shot Janovsky.

Officers attended to both parties at the scene. Matson and Janovsky were taken by air ambulance to North Memorial Health Hospital in Robbinsdale. Both remain hospitalized.

Waseca police officers do not wear body cameras. The BCA will determine whether squad cameras captured the incident.

Personnel from the Owatonna and Mankato police departments, Waseca County Sheriff’s Office and the Minnesota State Patrol responded to the scene after the incident.

This remains an active and ongoing investigation. The BCA will provide additional information once initial interviews are completed.

Once the investigation is completed, the BCA will provide its findings without recommendation to the Waseca County Attorney’s Office for review.