Notable Women of Austin: Seltz is devoted to teaching

The story goes that there was a sign on the side of a restaurant in northern Minnesota that read, “Welcome Fishermen.”  A small woman was seen reaching up to add a comma between the words with a black magic marker.

From the parking lot came a voice saying, “Mrs. Seltz, is that you?!”  And, indeed, the woman was Rosie Seltz. The voice came from one of her former students, who knew that if Mrs. Seltz saw it, there was no mistake in written material that would remain uncorrected. 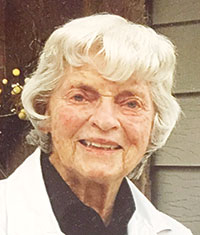 Rosie Seltz taught English at Austin High School from 1950, when she was fresh out of teachers’ training at Winona State, until 1993, when she retired. Now, at 91 years young, she says that teaching gave her so many benefits, and we know that her teaching gave endless benefits to the thousands of students she taught. This many years into retirement, how many teachers still have students contact them, as well as stop by for a visit?

The teaching philosophy that she followed was that “Students won’t always remember what you said, but they will remember how they felt.”  To that end, Mrs. Seltz would ask students who didn’t do well on a test to come to her after school and she would go through the test with them and offer a second chance. She was usually in her classroom until 6 p.m., helping individual students.  She wanted her students to use even the skills they didn’t think they needed. Illustrating rules of grammar by using examples from the newspapers, or magazines, or from current music lyrics was one of her teaching methods.

Writer and former student Stephan Benzkofer said, “Mrs. Seltz was my first and most influential journalism teacher. She laid the foundation for what proved to be a wonderfully satisfying, productive 25-year career in newspapers. Her love of the English language and the beauty that can be found in grammar informs my writing to this day. Equally important, her high standards — did someone say “stickler”? — were an invaluable lesson that have stuck with me ever since.

“I still use her Simon and Garfunkel example to explain when to use a comma in a series. And I can draw a straight line from her classroom to one of my keenest pet peeves: people omitting the comma to set apart the noun in a direct address. Even on birthday cakes! ( i.e. Happy birthday, Sam!)”

Although as a child she wanted to become a nurse like her mother, in high school Rosie realized that the written word was very important.  She started doing copy editing in high school and continued with that in college.  Her two jobs during her school years were at a photography studio and doing public relations work for Winona State.  Both those experiences were no doubt helpful when Rosie was asked to provide school news to the Austin Daily Herald, as well as to supervise the student publications during her years at Austin High School.

During her childhood as well as her college years, she lived in Winona and loved the river and bluffs. When she came to Austin, she expected to stay only a year, but,  at a mixer at the Bervens after a ball game, she met Dick Seltz, an AHS history teacher and coach, whom she ended up marrying. They remained in Austin and raised their four children here.

One of Rosie’s favorite quotes is from Eleanor Roosevelt, “We should constantly be reminded of what we owe in return for what we know.”   This philosophy of life is reflected in the fact that Rosie has continued to give of herself since retirement. Hospital Auxiliary, Cedar Valley Services, Mower County Historical Society, and Austin High School Alumni Association have all had years of her dedicated volunteer service.

Her words of advice for a full life are to remain open to change, to be curious and interested in people and in new ideas.  Austin, and the thousands of students you inspired, thank you, Mrs. Seltz!

Minnesota Nat’l Guard members in Mideast stand by amid rising tension between U.S. and Iran