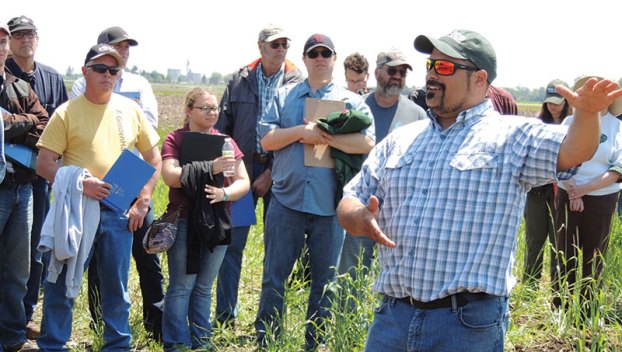 Farmers and agricultural landowners interested in planting cover crops on their acres can learn the basics of the conservation practice during the return of free workshops Wednesday in Austin.

Mower Soil & Water Conservation District (SWCD) is again organizing “Cover Crops 101” sessions for the public at Riverland Community College’s west campus in Austin. Sessions will be offered from 1-3 p.m. and 6-8 p.m. in Room A115 at the Riverland Center of Agricultural & Food Science Technology, 1900 Eighth Ave. NW. 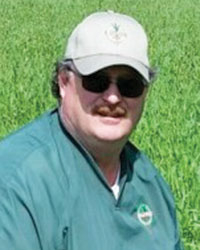 Austin Township farmer Tom Cotter, who has used cover crops extensively in his operation, and TJ Kartes, a Saddle Butte seed dealer based in Blooming Prairie, will lead each session. They will discuss cover crop seed origination, species and species mixes, step-by-step production, and the value of cover crop technology, among other topics.

“Farmers continue to be very interested in cover crops and soil health, but want more quality information to help them make decisions for their operation,” Lawler said. “These classes will give the basics and show methods that have been effective for us.”

Cover crops are a second, unharvested crop planted in coordination with regular cash crops, such as corn and soybeans. They are viewed as tools to keep soil in place, bolster soil health, improve water quality, and reduce pollution from ag activities. Popular cover crops include cereal rye, crimson clover and oilseed radish.

Cotter and Kartes are set to give other “Cover Crops 101” sessions during February and March in the area:

Cotter is a fourth-generation farmer who was honored in 2016 as Mower County’s Outstanding Conservationist of the Year and did extensive outreach under a 2017 Cover Crop Champion grant in coordination with Mower SWCD. He raises a variety of crops and runs a cow/calf beef operation on his Austin Township farm that was certified through the state’s Ag Certainty water-quality program.

Since 2017, Cotter has given dozens of presentations on cover crops and soil health, including at state and national conferences.

Lawler just completed the second year of a three-year soil health research project using dozens of field plots in Mower County.  He is collaborating with the University of Minnesota, University of Wisconsin-River Falls, The Hormel Foundation and Riverland Community College, which runs a soils laboratory.

Give blood to help save lives

By Sara Schafer Mower County Senior Center There’s no one reason to give blood. Maybe you or a family member... read more