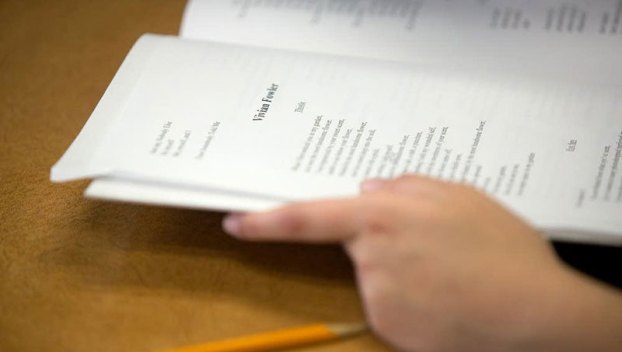 A student reads a poetry book during an English class at Central High School in St. Paul in May 2014. A new study gives Minnesota's teacher prep programs a high grade for how well they expose teachers to the science of reading. But researchers say more work is needed to raise Minnesota’s reading scores.Jennifer Simonson/MPR News

Minnesota ranks 11th among the states in giving teachers the science-based methods needed to teach kids to read, according to a new report.

It’s good news for our state. But Kate Walsh, president of the National Council on Teacher Quality, which produced the report, said we need to put that good news in context.

“What we’re looking for is pretty minimal exposure to the science [of reading],” Walsh said. “We just want teachers to know the basic construct of what the scientific findings say. A lot of these programs aren’t having teachers practice, and if you don’t practice, you don’t really learn.”

Researchers in Walsh’s organization examined thousands of syllabuses and hundreds of textbooks from undergraduate and graduate teacher prep programs across the country. They were looking for reading courses that introduce future teachers to five of the basic components of reading science: phonemic awareness, phonics, fluency, vocabulary and comprehension.

In 2013, what the researchers found was pretty dismal. Only about one-third of the nation’s teacher prep programs even acknowledged that there was a science to teaching kids to read, despite overwhelming consensus on that science.

Now the picture is better: In its most recent report, the council concluded that just over half of America’s teacher prep programs acknowledge the science of reading.

That’s not good enough for Walsh.

“Given that there was conclusive evidence from thousands and thousands of children being studied and how they learn how to read that was synthesized in about the 1990s, we think it’s high time that that number looked more like 100 percent,” Walsh said.

Instead of informing teachers about the science of reading, Walsh said, many undergraduate prep programs focus instead on techniques like having teachers ask students to guess words based on context. Other programs promote strategies like learning to read through exposure to books.

“The prevailing wisdom in teacher prep programs has been … that reading comprehension comes to you naturally, that exposing you to the love of literature to causes you to read,” Walsh said. “The brain does not learn how to read because it loves the subject matter. That is not how the brain learns to decode words.”

Walsh said that if Minnesota wants to reduce education disparities and improve its stagnant reading scores, more Minnesota universities and colleges need to make sure they’re giving future teachers deep learning on the science of reading. She also said Minnesota’s K-12 schools need to choose their curricula well and give teachers the professional development they need to bring the science of reading into their classrooms.

“Sixty-some percent of the schools in the state are actually acknowledging that there is a science to teaching reading, so this is good news. But I would be a little concerned that there has not been continued progress in the state,” Walsh said.

According to Walsh, if teacher prep programs continue to stagnate when it comes to the science of reading, that’s bad news for Minnesota students learning to read.

“Given the flat reading scores on the nation’s report card … we know that Minnesota has some work to do,” Walsh said. “So when we talk to states we have two big messages: Fix what’s going on in teacher prep, make sure they’re doing that. But also fix what’s going on in your schools.”

The Freeborn County Board of Commissioners on Tuesday directed county staff to begin looking at options for how the county... read more