Man charged with strangling woman during assault; Alleged victim had redness on her neck 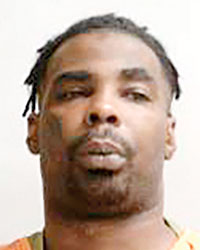 According to the court complaint, police were called at about 7:49 p.m. on Jan. 15 to the 500 block of 12th Avenue Northwest regarding a reported assault. They made contact with a woman who said Wilson had strangled her. She said the incident occurred at a residence in the 1100 block of Fourth Avenue Northwest and that she had fled to call police. She complained of pain to her neck and throat; officers noticed redness on her neck.

The victim reported that she and Wilson were arguing and Wilson was acting like he was going to strike her. She said she was afraid he would harm her, so she left the residence.

When she returned, they argued again and Wilson grabbed her by the throat with both hands. She said she was “gasping for air” and that Wilson held her against the wall and strangled her for about 30 seconds.

After Wilson released her, the victim said he took her phone, so she went to a neighbor to call police. The neighbor did not have a phone, so she ran to the 500 block of 12th Avenue Northwest and called police.

The victim said that Wilson had previously strangled her in the past.

Wilson was located and arrested a few hours later in the 1100 block of Fourth Avenue Northwest. He told police that he and the victim were arguing and he yelled loudly and clenched his fist, which might have “intimidated” her. He denied physically assaulting or strangling the victim.

A review of Wilson’s criminal history shows prior convictions for assault, drug possession and violating a domestic abuse no contact order.

Wilson will appear in court again on Jan. 30.

Farmers and agricultural landowners interested in planting cover crops on their acres can learn the basics of the conservation practice... read more