WASECA — Prosecutors on Wednesday charged a man with shooting and critically wounding a Minnesota police officer who was responding to a report of a suspicious person. 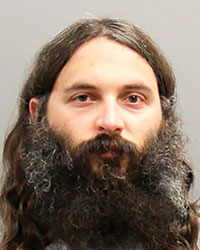 Tyler Robert Janovsky, 37, was charged in Waseca County District Court with three counts of attempted first-degree murder. Authorities allege Janovsky shot Waseca Officer Arik Matson in the head as Matson and other officers responded to a call of a suspicious person with a flashlight in a backyard Monday night.

Online court records do not list a defense attorney who could speak on Janovsky’s behalf.

SUSSEX, Wis. — A Wisconsin family is mourning their 11-year-old son who died on a Make-A-Wish trip to the Mall... read more