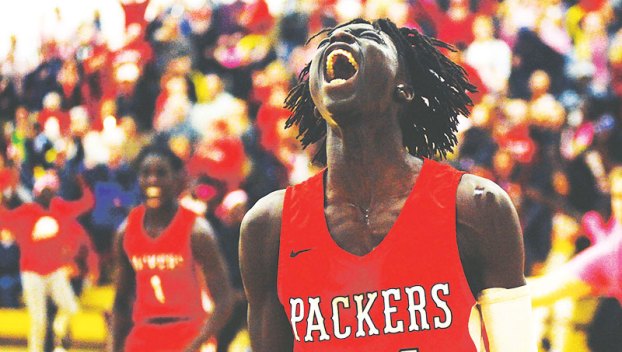 One day after after his favorite basketball player had passed away, Agwa Nywesh did his best Kobe Bryant imitation on the court for the Packers and it ended in classic Kobe fashion.

Nywesh had just enough gas in the tank to score the game-winner on a lob from Teyghan Hovland with .8 of a second left in the game as the Packers avenged an earlier loss to Mayo and beat the Spartans 78-77 in Packer Gym Monday.

“I’m not going to say it was fun. The hard work I put in shows up and I kind of black out. All of my hard work and all of the passion I put into the game comes out,” Nywesh said. “I try to have the mamba mentality just because of Kobe. Kobe has influenced my game so much and I have to pay him back somehow. He’s influenced a whole generation and losing him is just like losing a brother.” 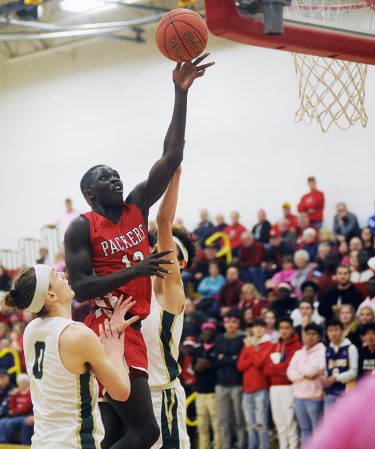 Austin held a 76-71 lead when Moses Idris scored with 37.1 seconds left, but a turnover by the Packers and three-pointers by Mayo’s Michael Sharp and Mason Madsen put the Spartans (10-5 overall, 9-3 Big Nine) up 77-76 with 12 seconds left.

Austin missed a go-ahead shot with three seconds left, but Mayo knocked the ball out of bounds, setting up the final play to Nywesh, where he caught a lob pass, came down with it and then went back up for the score.

“It was luck. We tried to throw a lob to Agwa and we got it,” Austin head coach Kris Fadness said. “The seas parted a little bit and we got it to him. Okey (Okey) off the screen to the corner was our second option, Moses was our third and thankfully Teyghan threw it and thankfully Agwa caught it.”

Okey Okey added 12 points for the Packers, but he had no problem with Nywesh taking the final shot.

“(Agwa) means a lot. He’s our lead guy and when he scores it brings us energy and we feed off that energy,” Okey said. “ I learned that if we keep our composure, we can beat a lot of good teams and you’ll see that later on.”

Fadness was glad to see his squad win against a quality opponent, but he wasn’t happy with how Austin played after it led 71-61 with five minutes left in the game.

“We’ve just got to find a way to keep our composure down the stretch of the game,” Fadness said. “I love our emotion and passion, but sometimes it gets the best of us. You’ve just got to stay composed and we were obviously rattled. You’ve go to do it collectively and you’ve got to do it with some composure.” 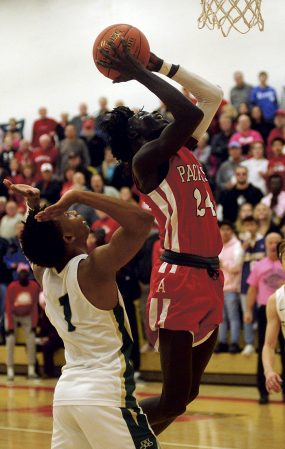