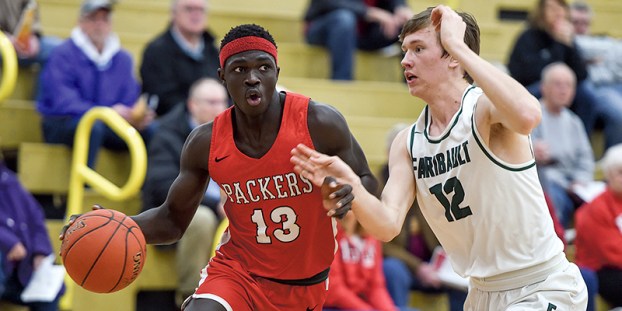 Kick out the jams: Packers put on a show against Falcons

The Austin boys basketball team held its own version of the dunk contest and Agwa Nywesh walked away as the clear winner in an 87-56 victory over Faribault Saturday.

Nywesh caught a one-handed alley-oop, he completed a reverse dunk and he put the majority of the crowd – including some of Faribault’s JV players – to their feet when he threw down a breakaway windmill jam late in the lop-sided win. Nywesh finished with 18 points, three rebounds, three assists and nine steals. 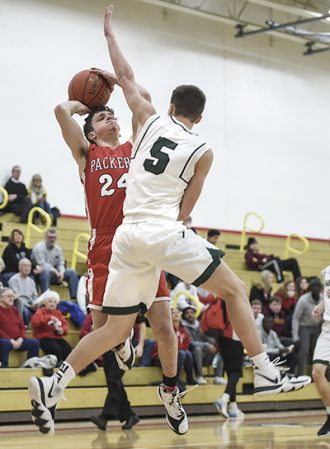 Austin’s Tony Ciola puts up a contested shot against Faribault’s Hunter Nelson during the first half Saturday afternoon.

“We haven’t scored this many points all year and it was nice to see Agwa shooting better,” Austin head coach Kris Fadness said. “I think the boys had fun today and they got their highlight show. Faribault played last night and that’s a tough get. You could tell they were gassed in the second half.”

Moses Idris stepped up his game in the absence of senior center Ogur Gari, who is not expected to return this season after sustaining an knee injury in the loss to Albert Lea. Idris tallied 13 points, four rebounds and four assists. He had a dish to his younger brother Victor for a jam and he also threw an alley-oop to Nywesh on a fast break. 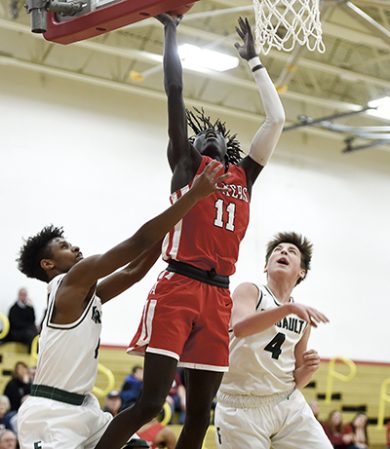 Austin’s Agwa Nywesh with the contested two during the first half against Faribault Saturday afternoon in Packer Gym. Eric Johnson/photodesk@austindailyherlad.com

“We were moving the ball, I was getting my teammates involved and the defense was there,” Idris said. “Playing opposite of Agwa was helpful and it was very fun raising the roof.”

Pierre Lilly added 12 points for the Packers as he has improved his shot selection and shooting percentage over the past month. Lilly knocked down a pair of threes against the Falcons (1-14 overall, 0-12 Big Nine).

“We moved the ball way better tonight than we had in the past two games. That helped us a lot,” Lilly said. “The first two weeks I was shooting horribly, but it’s starting to pick up and I let the game come to me now. I go with the flow instead of rushing it.” 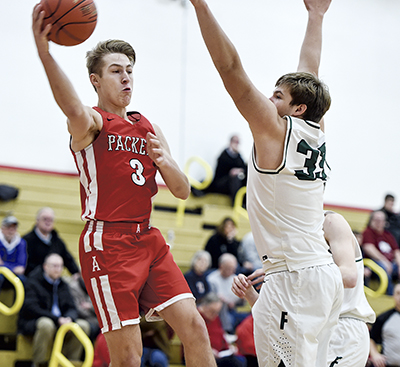 Austin’s Teyghan Hovland fires off a bass along the baseline in the first half against Faribault Saturday afternoon in Packer Gym. Eric Johnson/photodesk@austindailyherald.com

While Gari gave the Packers a big presence on defense, the Packers will now have to move on without him. Fadness said the squad will have to make do with the guys it has.

“We’re going to give Lero the opportunity,” Fadness said. “The last two games, Lero has shown more energy and effort than he has all year. Hopefully he continues to build off it. Moses is rounding into form and he’s playing better and better.” 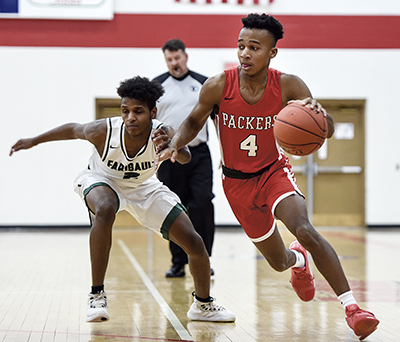 The Packers will host Rochester Mayo in a key game at 7:30 p.m. Monday. The Spartans, who beat Austin 72-69 on Dec. 2, are a game ahead of Austin second in the Big Nine with Austin. Mankato East is in first place with an unbeaten conference mark. 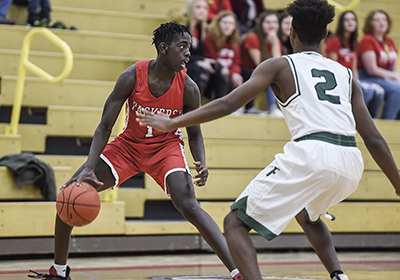