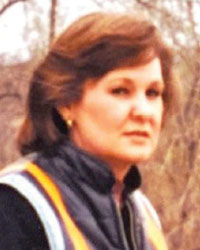 Born on June 18, 1941, in Wells, Minnesota, to Fred and Amrita Joel, Jane was the second oldest of eight siblings. The family lived in the Mapleview subdivision, where Jane was crowned “Miss Mapleview,” before moving to Austin, Minnesota, when she was a teenager. She graduated from Pacelli High in 1959 and married Robert Rice in 1961. Jane was a stay-at-home mother to her four beloved children until 1983. It was then that she moved on from her first marriage and returned to school while co-parenting her children. She found purpose in raising her children and the many years she spent serving residents at Sacred Heart Assisted Living. It was in 1994 that Jane married her husband, Larry Clark. They were married for 26 years, truly in sickness and in health.

Jane was a woman of many talents and passions. She enjoyed being in her garden surrounded by peonies and tea roses, cooking, painting, camping, and collecting antiques, crystal bells and ceramic dolls of all shapes and sizes. In quieter moments she could often be found dancing and singing in the kitchen, in her bare feet, with coffee brewing on the counter. Her children, grandchildren, and great-grandchildren were the light of her life and she was never happier then when she had a baby in her arms. She was known, and will be remembered, for her quick wit, a wicked sense of humor, and an infectious laugh that made her blue eyes glow.

A celebration of Jane’s life will be held from 5-7 p.m. on Friday, Jan. 24, 2020, at Mayer Funeral Home in Austin. A funeral Mass will be held at 11 a.m. on Saturday, Jan. 25, 2020, at St. Augustine Catholic Church in Austin with Father James Steffes officiating. Visitation will be held one hour prior to the service on Saturday at the church. Interment will be in Calvary Cemetery. In lieu of flowers, memorials are preferred to donor’s choice.