James “Schultz” Stalboerger, 75 of Spring Hill, Minnesota, passed away peacefully on Thursday, Jan. 16, 2020, surrounded by his family at the St. Cloud Hospital in St. Cloud, Minnesota. 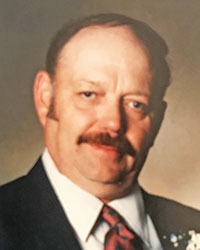 James Hugo Stalboerger was born on Aug. 29, 1944, in Regal, Minnesota, to Quirin and Rita (Eibensteiner) Stalboerger. He joined the U.S. Army in November 1962, serving for two years. Jim married Marilyn Stang on Sept. 17, 1966. Together they had five children. Jim worked for Kraft Foods, the Sauk Centre Fertilizer Plant, and owned his own construction company before taking over the family farm in 1980. After Marilyn passed away in 1992, Jim married Doris Plotts on Sept. 3, 1994, in Dexter, Minnesota. He sold his cows in 1998 and worked at Bayer Built until retiring in 2006.

Visitation will be from 9-10 a.m. on Tuesday at Patton-Schad Funeral Home in Melrose, Minnesota. In lieu of flowers, memorials are preferred to CentraCare – Gorecki Guest House, 1309 Sixth Avenue North, St. Cloud, MN 56303, or https://centracare.thankyou4caring.org/pages/ggh_give. Arrangements were made with Patton-Schad Funeral & Cremation Services of Melrose.