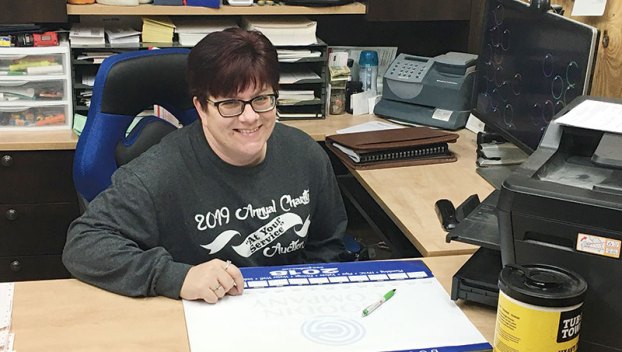 Gina Grundmeier, founder of Pay-It-Forward. Grundmeier and her husband, Todd, started the organization as a way to give back to the community. Tyler Jensen/tyler.jensen@austindailyherald.com

The nomination process for Pay-It-Forward’s seventh renovation project has begun and goes through January.

The project, which will take place sometime in March, consists of a complete renovation of a bathroom for someone in need. The complete demolition and renovation takes care of things like removing mold or making the bathroom more accessible, safe and healthy. A team of contractors and volunteers work on the renovations for a week, during which time the family or individual is put up at a hotel.

Organizer Gina Grundmeier, who owns T’NG Plumbing near Dexter, said she and her husband, Todd, decided to start the non-profit in 2014 after they were named Best Plumber as part of the Best of Mower County awards. Another impetus was that when they lost their home in a 2010 fire, a lot of people in the community came to help them. With both these things, Grundmeier said they wanted to give back to the community.

Helping those who need it after what her family experienced is amazing, she said.

“It is such a euphoric soul food. It feels so good to be able to give back in that way,” Grundmeier said. 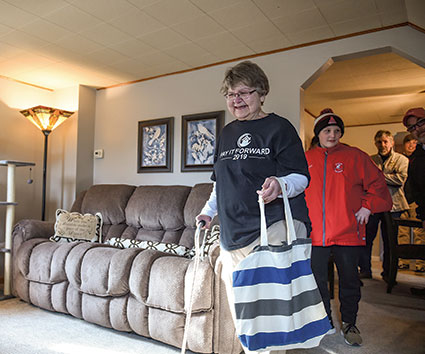 The project that most stands out to her was the organization’s first, where it renovated the bathroom of Jason Ferch, an individual who was paralyzed and helped other people get waivers for modifications to their homes based on their needs. The team renovated Ferch’s bathroom to make it more accessible for him when he was in his wheelchair.

Grundmeier said the Ferch project set the standard for Pay-It-Forward projects. Since the beginning, the organization and its work has expanded, she said.

“We’ve grown dramatically from our first year,” she said.

For Grundmeier, the best part of the project is when it is completed and people get to see the end result.

“The gratitude and gratefulness is overwhelming,” she said.

People can nominate a person to be the recipient of the project through www.payitforwardtng.org, where they will be asked to write an essay explaining the person’s need and provide two photos, or mailing an entry to 64456 230th Street, Dexter, MN, 55926.

The organization can also be reached at payitforward@tngplumbing.com or (507) 460-9025.

Throughout the year, the organization also helps people in need with things like car repair or daycare bills.

The Austin Community Recreation Center (ACRC) and YMCA of Austin have announced the opening date and membership rates for the... read more