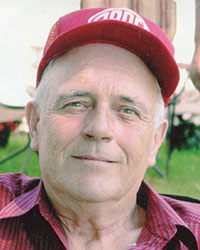 Gary was born on July 23, 1938, in Farmington, Minnesota, to George and La Vona (Walch) Mapes. Gary graduated high school in Howard Lake, Minnesota. He spent most of his life on the road, working as an over the road truck driver for 50 years. His most recent employer was American Central Transport. Gary was very proud to receive the “Million Miler,” where he was awarded for driving over one million miles all while being accident free. After his retirement, he amassed more than three million miles – all accident free! As you can imagine, Gary saw this country many times over, traveling from Alaska to Florida and everywhere in between.

When he wasn’t traveling, he enjoyed being in the outdoors and liked to tinker on equipment and other household tools. He liked doing yard work, like mowing his lawn, and he also enjoyed watching action movies. On Aug. 26, 2006, Gary married Carolyn (Swenson) in Albert Lea, Minnesota, and the couple had 13 wonderful years together.

Per Gary’s wishes, no services will be held.