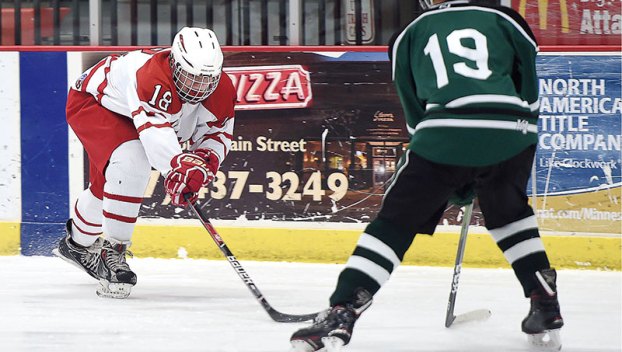 Austin’s Aidan Pepper reaches out for the puck against Faribault’s Blake Vinar during the first period Saturday afternoon at Riverside Arena. Eric Johnson/photodesk@austindailyherald.com

The Packers (1-9 overall, 0-5 Big Nine) were within 3-0 to start the third period, but the Falcons tacked on three goals in the final frame to clinch the contest.

The Packers put up 58 shots on goal and Sam Eyre stopped 52 shots.

The Hayfield boys basketball team had a three-game winning streak snapped when it lost to Springfield (8-1 overall) 82-74 in... read more