She was born on Feb. 4, 1935, at the Grafton, North Dakota hospital to Julius William Klein and Phillahomen Beatrice (Willet) Klein from Glasston, North Dakota. When she was eight, they moved to Orr, North Dakota where she lived until she graduated High School at Grand Forks Central in 1953. 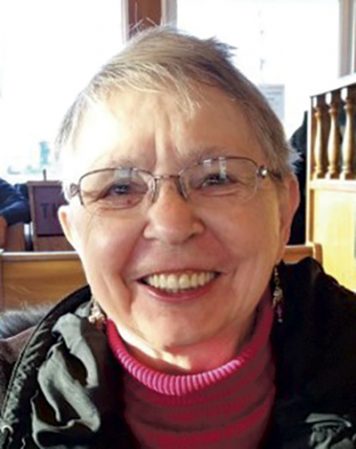 She attended Technical college in Minneapolis for lab and x-ray technician and graduated in 1954 as a Medical Technologist. She went to work at the hospital in Hazen, North Dakota, where she met Carroll Schamberger. They married March 31, 1956.

They lived most of their life together on their farm in Ada, Minnesota. Elsie graduated from Detroit Lakes Technical College as an LPN April 1992.  Carroll died suddenly on May 15, 1995.  On Aug. 21, 1999, Elsie married Keith Forsythe. They lived at Woman Lake near Longville, Minnesota until October 2007 when they moved to Northfield, Minnesota.  She was a member at Trinity Lutheran Church in Northfield, Minnesota.

Elsie spent her last few years at the Cedars of Austin in Austin, Minnesota where she brightened the lives of those around her with her infectious smile and witty one liners. She attended Cornerstone Church in Austin, Minnesota. She played piano and accordion as well as playing the organ at her church. She was a line dance leader and led water aerobics. She enjoyed sewing, quilting and gardening.

Elsie was a talented animal caregiver, especially talented at keeping newborn calves, pigs and chickens healthy. With great patience, she taught all of her cats to tolerate being vacuumed to remove their dander. Elsie will be greatly missed by all that knew and loved her.

She is preceded in death by her parents, Julius and Phillahomen Klein both husbands, Carroll Schamberger and Keith Forsythe; brother William; and son, Paul Schamberger.

A Celebration of Life will be held at 11 a.m. on Saturday, Jan. 11, 2020, at Trinity Lutheran Church in Northfield, Minnesota. Visitation will take place one hour prior to the service at the church on Saturday. Interment was held in St. John’s Lutheran Church Cemetery in Green Meadow Township, near Ada Minnesota. Services are being performed by Worlein Funeral Home of Austin. Condolences may be expressed to the family online at www.worlein.com.