Allegedly did not return after furlough from jail

Archie Deangelo Larkins, 43, also known as Archie David Larkins, has pleaded not guilty to a charge of felony escape from custody. 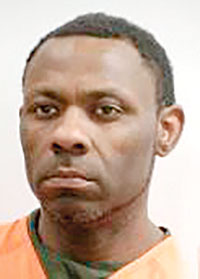 Larkins was recently sentenced to probation for two counts of felony third-degree drug sales. As part of his probation conditions, Larkins was being held in custody at the Mower County Jail until a treatment bed became available.

According to the court complaint, Larkins was granted furlough on Dec. 19 to be temporarily released from jail from noon on Dec. 24 to 7 a.m. on Dec. 26, at which time he was to report back to jail. He was informed that failure to do so would result in a charge of escape from custody.

Larkins did not report back to jail at the stated time; he was later arrested and brought to the Mower County Jail in the early hours of Dec. 31.

A review of Larkins’ criminal history shows prior convictions for drug sales, drug possession and theft.

A pre-trial has been scheduled for Feb. 21.

The new law, signed by Gov. Walz on May 19, 2019, increases transparency in prescription drug costs As of Jan.... read more