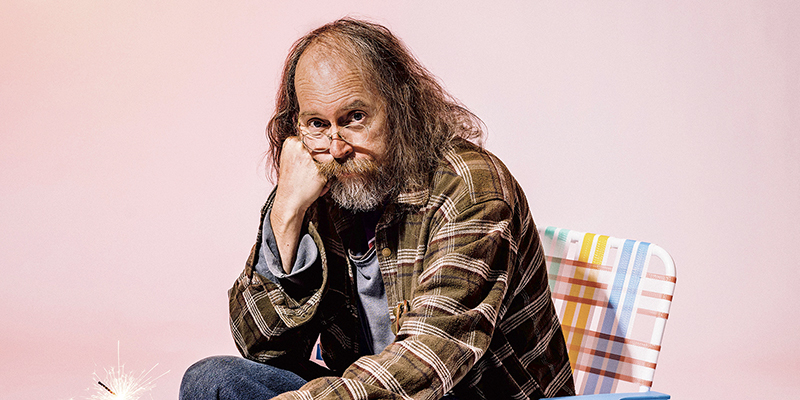 Lanesboro Arts will host Charlie Parr at the historic St. Mane Theatre in downtown Lanesboro at 8 p.m. on Friday, Jan. 24.

“Charlie Parr” is the new self-titled album by the Minnesota-based folk blues artist and is a collection of new songs and new studio versions of classics/audience favorites from throughout Parr’s career.

Recorded at Pachyderm Studio in Canon Falls, Minnesota, “Charlie Parr” features Charlie’s trademark resonator guitar and 12-string with co-producer Liz Draper on bass, longtime collaborator Mikkel Beckmen on percussion, Jeff Mitchell on electric guitar, accordion, organ, backing vocals, and Dave Hundrieser on harmonica. The album is an honest and raw recording of Parr reflecting on himself and his career up to this point. It’s a musical reckoning that came after a freak accident in 2018 that forced him to relearn how to play guitar.

Parr injured his shoulder when he went skateboarding with his daughter, injuring to the point where it would have to be replaced, threatening his future guitar playing.

“And I have fallen down a bunch,” Parr said in September 2019 story with Minnesota Public Radio’s Euan Kerr. “But this time I fell and landed on the top of my shoulder, and just destroyed it.”

By the time Parr hit the road again after his accident, he was reinvigorated to play music in a way he had not been for some time. He started digging out songs from early in his career.

Parr had never really stopped playing those songs completely and, along the way, they had matured along with him. He wanted a chance to record them again to capture what they had become.

This year Parr is back on his grueling international tour schedule, covering the entire country alone in his car, occasionally cooking his vegan meals on his car manifold.

“Charlie Parr” is the first album out of the 13 he has released, that Parr felt like putting his name on. It’s a bit of the new, a bit of the old, and a bit of what’s motivated and moved him. Most importantly, it’s an audio tour of his life and career to date and a celebration of more songs and stories to come.

Come early to enjoy a screening of the 2013 documentary film “Meeting Charlie Parr,” directed by François-xavier Dubois & Charles Dubois, at the St. Mane Theatre on at 5:30 p.m. on Friday, Jan. 24, 2020. “Meeting Charlie Parr” is a compilation of moments spent with Charlie at home, in his daily life, on the road and during concerts.

The documentary film screening at 5:30 p.m. and the Charlie Parr concert at 8 p.m. are separate events. Tickets to one event does not include admission to the other.

A wonderful time of year