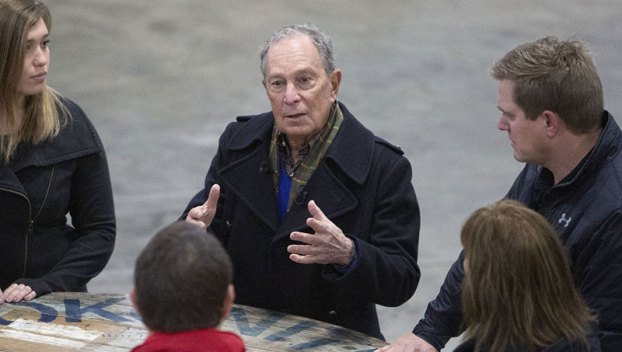 “I come from the city, but you’re the backbone of America, and we eat and live based on what you do, and I think it’s easy for us living in big cities to forget about the rest of the world,” Bloomberg said during a roundtable at soybean producer Darin Johnson’s farm in Wells, Minn., which is west of Albert Lea.

Bloomberg entered the Democratic race late but has been airing TV ads in the state. The billionaire businessman and former New York City mayor is concentrating on states that will vote on “Super Tuesday” in the first week of March.

Minnesota’s presidential primary is March 3 this year, and early voting starts on Jan. 17.

Jim Anderson, a Bloomberg senior campaign adviser, told reporters the visit was part of a series of campaign stops to highlight various sectors of the United States economy that are struggling. Bloomberg also visited Chicago to talk about urban economic issues and Akron, Ohio, to address challenges that post-industrial cities are facing.

During the stop in Wells, Johnson said he’s pleased Bloomberg is talking about the need to expand rural broadband. He said data and technology are a key part of modern agriculture, and farmers need good internet service.

“It’s extremely important to us, because these machines run off of that. And that’s the data that we pull out, and we use that to make decisions every day on this farm,” he said.

ST. PAUL — Minnesota health officials say the death of an infant has been linked to whooping cough. The baby... read more