Ambrose sentenced to seven years in prison for injuring infant 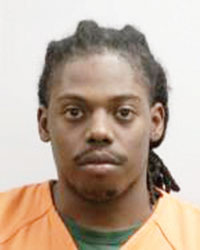 Court documents state the Olmsted Medical Center contacted the Lyle Police Department on Aug. 25, 2018, regarding an 8-week-old male infant that had been physically abused. The victim had been brought in by his mother and was then taken to Mayo Clinic Hospital, St. Marys Campus with facial bruising, bruising on his scrotum, rectal tearing and a possible brain bleed. Staff at the pediatric intensive care unit at St. Marys told police they had found a cut on the inside of the victim’s mouth and said the injuries were consistent with child abuse.

Police interviewed the child’s mother, who said that the child’s father, Ambrose, had been taking care of the victim while she was at work. She said the victim had not been acting the same and she thought he was “just tired,” but was later awakened by Ambrose, who said he saw blood coming from the victim’s mouth. She then took the victim to see family, who told her the victim needed to go to the hospital. When advised that the injuries were non-accidental, she said the victim was “fine” when she left for work and denied knowing how the he got injured.

Police spoke to the victim’s aunt, who said the victim was “fussy” and that his eyes were not “normal.” She said he would not take a bottle and would not cry.

A detective spoke to Ambrose, who said he had been in the victim’s room “two weeks ago” to fix his bike and had tripped and scratched the victim’s head with his thumbnail. He also repeated his story about taking the victim into the shower after seeing blood coming from his mouth. When the detective advised Ambrose of the victim’s life-threatening injuries, he again denied knowledge of the injuries. He also denied sexually assaulting the victim.

The detective then spoke with the victim’s mother, who said Ambrose called her at work to say the victim was “fussy.” He later texted her to say the victim was not acting like himself, would not look at him, would not cry, and that there was “something wrong with him.” When she came home from work, she saw Ambrose cleaning out the victim’s mouth with a Q-tip because he saw the victim coughing up blood. She said the victim looked “really, really tired … [and had] no energy to wake up.” While visiting her family, her sister and sister-in-law noticed the victim’s eyes were shaking and looking off to the side. It was at the hospital that she learned the severity of the victim’s injuries.

Ambrose submitted an Alford Plea on Oct. 24, meaning he maintains he is innocent while acknowledging there is enough evidence to warrant a “guilty” verdict from a jury.

Jordyn McCormack made her senior night count as she helped the Packer girls hockey team close out the conference season... read more