Austin High School will honor six new Hall of Fame inductees during its 35th annual Hall of Fame Weekend on Jan. 31 and Feb 1.

The induction ceremony will take place at halftime of the girls basketball game against Mankato West on Jan. 31 and the event concludes with a luncheon at the Fellowship Hall at St. Olaf Lutheran Church at 12:30 p.m. Feb. 1. 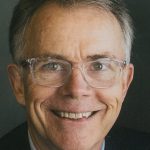 Schieck was the 1973 football Nat Goudy Award winner for his play at cornerback, halfback and as a kickoff and punt returner.

Schieck played point guard for the Packer basketball team where he was a two-year starter and captain his senior year. He helped lead the Packers to a second place finish at state in 1972 while earning All-Conference honors and being named WCCO Prep Athlete of the week.

A high distinction AHS graduate and “Legion Boy of the Year,” Schieck went on to play football and basketball at Luther College.

Schieck is a practicing dentist in Austin and has been active in the community, serving on numerous boards and coaching 35 Austin youth athletic teams. 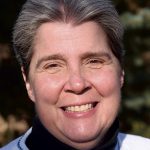 Magee helped the Packers win the tennis sub-region at No.1 doubles.

In softball, Magee took over full-time catching duties her senior year and she hit .600 while leading the team in RBIs.

Magee played saxophone in three AHS ensembles and was named to the All-Big 9 select band. After graduating with honors, she attended the University of Wisconsin-Eau Claire majoring in computer science.

Magee and her husband Cris Rhea live in Rochester where they have careers at the Mayo Clinic. 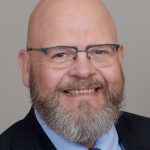 Fluegel was named AllConference for football twice,  he was named to the 1981 St. Paul Pioneer Press All-Star Team and he was the WCCO Radio Athlete of the Week.

Fluegel went on to play football at Austin Community College and at the University of Wisconsin-River Falls. He coached varsity football at Concordia Academy from 1985-89.

He and his wife Becky have two children, Luke and Kelsey, and live in Rochester where Trent is Olmsted County’s Housing Resource Coordinator. 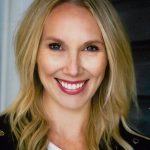 Krumwiede won 13 letters in three sports — tennis, track and basketball. She was twice selected AllConference in track, and she also earned state academic honors in both tennis and track.

In basketball, she was McDonald’s All-American Team, and named to the 2003 and 2004 All-State teams.

Krumwiede is AHS’s all-time leading scorer with 1,592 points in 99 games.

She played at Division I North Dakota State University where she earned Summit League Academic honors. Her NDSU career capstone was receiving the Summit League Player of the Year award.

After graduation, Krumwiede played professionally in Europe two years. She now lives in Fargo, N.D. with her husband K.C. Krumwiede and their three children, Clara, Tommy and Waylon. She is an Assistant Professor in the Technology Department at Valley City State University. 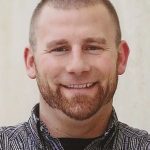 Ball’s six-year wrestling career was filled with honors as he was team captain, All-Conference, All-State, Prep Athlete of the Week and a member of the prestigious Minnesota Guillotine 75 Pin Club.

Ball was selected to the 2003 All-Conference baseball team. In football, he was the AHS 2004 defensive player of the year, 2004 Packer MVP, All-Conference, All-State, team captain, Prep Athlete of the Week and he set the AHS record for most QB sacks in a season.

Ball continued his football career at the University of Wisconsin-Stout where he was team MVP, first team All-WIAC, D3 Committee All-American, WIAC and D3 Committee Player of the Year.

Ball works for Hormel and lives in Algona, Iowa. He and Melissa have two children, Mikayden and Maxton. 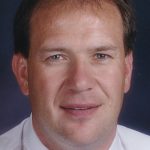 Kinney coached the AHS/Pacelli wrestling team from 1994 to 2013 and he was the 1996 Big 9 Wrestling Coach of the Year. His teams won 176 dual meets, 10 invitational tournaments and broke all established team and individual records including the Packer record for wins in a season.

Five wrestlers who competed under Kinney became high school All-Americans and one was declared scholastic national champion. Fifteen competed in college and six were named All-American.

Kinney is retired. He and his wife Michelle have three children, Madeline, Elizabeth, and Benjamin, and currently live in Mantorville.

Police are seeking the public’s help in identifying a male who entered a southeast Austin residence Saturday night and assaulted... read more