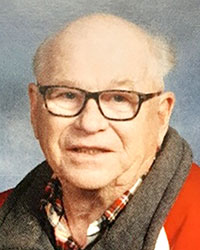 Dennis was born on April 26, 1944, in Santa Monica, California, to Bernice (Albright) and Walter Best. The family later moved to Austin, Minnesota.

Dennis graduated from Pacelli High School with the Class of 1962 and went on to complete truck vehicle mechanic school. He served in the U.S. Army from 1965 until his honorable discharge in 1967. Following his military duty, he began his 35 year career as an over the road truck driver.

He was a member of Sacred Heart Catholic Church in Adams, Minnesota, and Adams American Legion Post 146.

Dennis was preceded in death by his father, Walter Best (1979); mother, Bernice (Best) Landherr (2008); and his stepfather, Roman Landherr (2011). He is survived by relatives, friends and neighbors.

Rec Center gearing up for opening with open houses

The YMCA at the Austin Community Recreation Center is just a little bit closer to opening as it plans to... read more