A charge of felony third-degree criminal sexual conduct – force or coercion – was dismissed as part of a plea agreement reached on June 28. 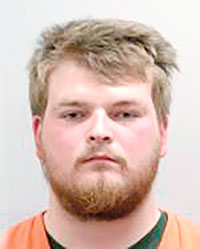 Court documents state an Austin police officer met with a 15-year-old girl and her mother on Oct. 29, 2018, at the Mower County Law Enforcement Center. The girl reported that Dulitz had sexually assaulted her in August, when she was 14. She reported that she resisted and told him to stop, but he continued, telling her not to tell anyone afterwards. She also said Dulitz had sex with another 14-year-old girl.

The officer then went to Dulitz’s residence in the 700 block of 11th Avenue Southwest and found other officers already present. Police had responded to a call at the residence after an Austin man who knew the victim had come to the residence and assaulted Dulitz, punching him several times after Dulitz attempted to lock himself in a bathroom at the residence.

Dulitz did not deny having sex with the victim and knew she was 14, saying it was consensual and “it just happened.”

Dulitz also admitted to having sex with the other 14-year-old, saying he had picked her up after she left her house one night without her parents’ knowledge, though he said he did not know her age.

In addition to probation, Dulitz must follow 27 conditions, including registering as a predatory offender, and pay $1,977 in fees. Failure to follow the conditions could result in anywhere from 36 to 48 months in prison. 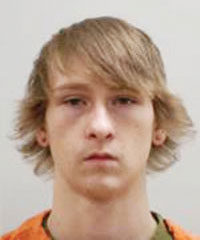 Court documents state that law enforcement was contacted on Aug. 31, 2018, by the parents of a 13-year-old female regarding a criminal sexual conduct incident. The victim had disclosed that she had sex with a 15-year-old male from Austin Township, telling a deputy it occurred in mid-August in an “out building” at a residence in the 16000 block of 520th Avenue.

On Sept. 1, 2018 the victim’s mother contacted law enforcement and said she had “proof” on the victim’s cell phone that the victim had sex with Belden.

On Sept. 4, 2018, a detective interviewed the victim, who reiterated that she had sex with the 15-year-old male, who knew she was 13, but also disclosed she had sex with Belden. She said it happened about a week prior in Belden’s bedroom at his residence in the 16000 block of 520th Avenue. She said she and Belden smoked marijuana he had provided in the “red shed” and that she was watching movies with another female at the residence. When she went into Belden’s bedroom to get another movie, she said he “grabbed” her and asked her to have sex with him, which she did.

The detective reviewed a Facebook Messenger conversation between the victim and Belden, including a series of messages referring to sexual acts and Belden asking the victim to come to his room. In one message, Belden asked the victim to perform oral sex on him. He also sent her a picture of his genitals.

The detective interviewed Belden on Oct. 3, 2018. Belden told the detective he had known the victim for five months and believed she was 14-years-old. He denied having sex and smoking marijuana with the victim. When confronted about the messages on the victim’s cell phone, Belden initially denied he was involved in the conversation, then said he was “just messing around” with the victim and that the conversation was a “really stupid thing to do.”

In addition to probation, Belden must follow 29 conditions, including registering as a predatory offender, and pay $635 in fees. Failure to follow the conditions could result in 48 months in prison.

2 sentenced for felony drug crimes; Both had prior convictions