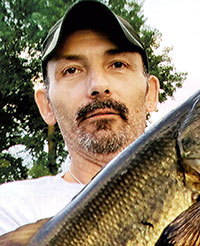 Terry was born Sept. 9, 1969, in Austin to Terry and Linda (Nystel) Sprandel. He grew up in Austin and graduated from Austin High School in 1987. Following graduation, Terry enlisted into the U.S. Marines Corps, serving from 1989-1993. He worked for Nystel Trucking for many years and also as an independent operator of his own truck. Terry enjoyed fishing, camping, campfires, hunting, playing darts, telling jokes, and playing pool in a league at Spanky’s Bar in Austin. Terry will be dearly missed by all who knew him.

Memorial services will be held at 1 p.m. on Saturday, Dec. 21, 2019, at Worlein Funeral Home Chapel in Austin. Visitation will take place one hour prior to the service on Saturday at the funeral home. Military honors are by American Legion Post 91 and V.F.W. Post 1216. Worlein Funeral Home of Austin is assisting the family with arrangements. Condolences may be expressed to the family online at www.worlein.com.