Robert Reece was born on Oct. 31, 1944, in Indianapolis, Indiana, to John and Alice (Miller) Clark. He grew up in Lafayette, Indiana, and graduated with the class of 1963 from Lafayette High School. Bob went on to earn his Bachelors Degree in recreation therapy from Purdue University and earned his Masters Degree in sociology from Mankato State University in Mankato, Minnesota. 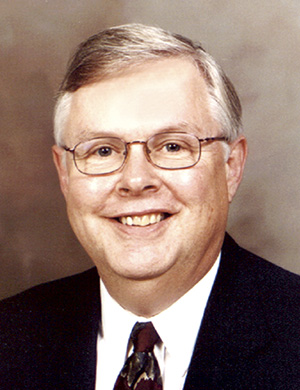 Bob was united in marriage to Nancy Jo Wainscott on June 8, 1968, in Lafayette. Bob and Nancy moved to St. Peter, Minnesota, where Bob began his career with the St. Peter State Hospital. They later resided in Willmar, Minnesota, then came to Austin in 1975, where Bob began working for Woodvale/REM. In 2004, Bob returned to school to obtain his real estate license and took a position with the Fawver Agency in Austin.

Bob was an active member of First United Methodist Church in Austin, where he was a member of Questers, served on the finance team and was chairperson of the SPR Committee. He was also active in the Austin community as a member of Kiwanis, served as a regional leader of Special Olympics and was a member of the Austin City Planning Commission. Bob took great joy being involved in his children’s lives and following their interests. He served on the boards of Austin’s Youth Hockey and Youth Basketball programs.

Over the years, he treasured family time at the cabin on Beaver Lake, enjoyed fishing and was an avid baseball and basketball fan. He was a proud Purdue Boilermaker Alumnus and a life long New York Yankees fan.

He was preceded in death by his parents; and his brother, John Clark. Bob is survived by his wife, Nancy; children, Andy (Doreen) Clark of Minnetonka, Minnesota, and Allyson (Geoff) Clark Peterson of Eau Claire, Wisconsin; grandchildren, Aidan and Keegan Clark and Nicole and Collin Peterson; sister, Marcia Oldridge of Champaign, Illinois; and nieces and nephews and other relatives and friends.

A memorial service will be held at 2 p.m. on Thursday, Jan. 2, 2020, at the First United Methodist Church with the Rev. Dr. Donna Dempewolf officiating. Visitation will be from 2-4 p.m. on Wednesday, Jan. 1, 2020, at Clasen-Jordan Mortuary and will continue for one hour before the service on Thursday at the church. Memorials are preferred to First United Methodist Church or Alzheimer’s Association.

ST. CLOUD — A man from the Madison, Wisconsin, area was hurt when a firework went off near his face... read more