Healthcare and prescription drugs must be affordable, accessible, and high-quality for every southern Minnesotan. Unfortunately, we simply cannot make progress towards that goal so long as powerful drug companies have Washington politicians like Congressman Jim Hagedorn in their grip. These special interests have not only purchased a seat at the table, they have completely taken it over, leaving southern Minnesotans to fend for themselves. One campaign contribution after another, their outsized voice has crowded out the needs of children, working families, and seniors who rely on affordable prescription drugs. 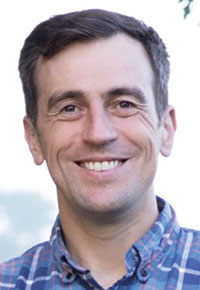 In May, Congressman Hagedorn proudly voted against legislation that would prevent pharmaceutical conglomerates from blocking access to safe generic drugs. He chose to vote with the pharmaceutical companies who want to protect their record profits on brand-name drugs instead of making healthcare more affordable for southern Minnesotans. On Thursday, he voted no on the Lower Drug Costs Now Act, which passed with overwhelming and bipartisan support in Congress. With this bill, drug companies can no longer charge exorbitant prices to consumers. Instead, Medicare would be able to negotiate directly with the drug companies to lower drug prices for all Americans. The fact that Congressman Hagedorn proudly voted “no” on this bill shows just how out of touch he is from the struggles Minnesota families face every day. His refusal to lead on this issue is a direct result of the power that out-of-state pharmaceutical companies have bought for themselves in Washington. It should be no surprise that Congressman Hagedorn votes with the pharma lobby when they have donated over $25,000 to his campaigns.

On the same day that Congressman Hagedorn voted against making prescription drugs affordable, I hosted a roundtable in Mankato where I heard directly from southern Minnesotans who told me about being forced to make impossible choices between buying their groceries or the medication they rely on. While they might not have seen eye-to-eye on every issue, they all agreed that we cannot accept politicians who parrot the talking points pushed by drug companies to protect their profits. Instead, they demanded real solutions to ensure that prescription drugs are affordable for everyone. They’re right. That’s why in Congress I would advocate for common-sense, bipartisan legislation that would make affordable prescription drugs a reality, such as empowering Medicare to negotiate lower prices with drug companies, enabling safe generic drugs to compete on a level playing field with brand-name drugs, and strengthening Medicare Part D benefits for our seniors.

As a young Army officer serving in Iraq, I learned the importance of independent leadership. Today, I can advocate for common-sense solutions to drive down the cost of prescription drugs because unlike my opponent, I don’t take money from massive, out-of-state drug companies or any other corporate special interests. When it comes to who we are running to represent, the contrast between Congressman Hagedorn and myself could not be more stark. Drug manufacturers already have enough representation in Congress. Instead of working for them, I will work for you to ensure that prescription drugs and healthcare are affordable, accessible, and high-quality for every southern Minnesotan.