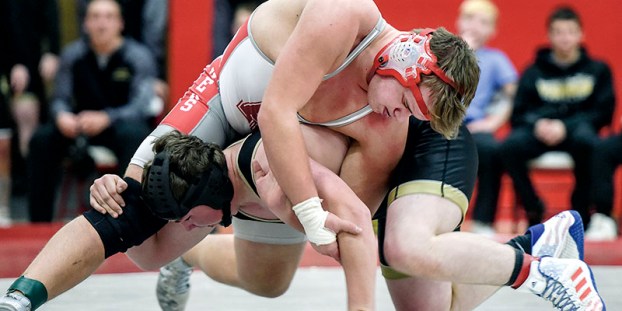 The Austin wrestling team was able to get in a lot of matches and build up some experience as it lost all three matches of a home quadrangular in Ove Berven Gym Thursday.

The Packers lost to Winona 44-16, they fell to Caledonia 60-15 and they lost to Grand Meadow/LeRoy-Ostrander/Southland 75-6.

“We’re still working on JV and we have a whole pile of guys stacked up at the 132 to the 152 pound weight classes,” Austin head coach Jacob Nelson said. “The guys that are going out there and working hard and they have a lot of heart this year. They can be down on the team score, but they’re excited about getting individual victories and kids getting their first JV victories. The camaraderie of the team is really high.”

Adam Vlasaty, a junior, helped salvage something out of Austin’s match against GMLOS as he recorded an early take down and pinned Aaron Mork at 220 pounds. Vlasaty’s win was the lone one for the Packers against the Bulldogs, who feature a tough lineup.

“It’s nice to get our guys going and see what they can do,” Vlasaty said. “There were some state-ranked wrestlers on the other team who showed up and did what they needed to do. Our inexperienced wrestlers just need to figure out a way to move on and build from there. If we work hard, we’ll get there in one day.” 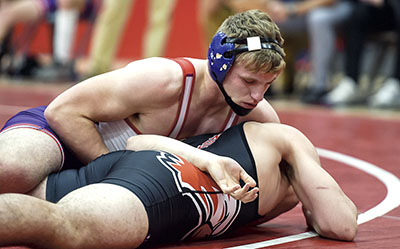 Vlasaty was one win from the state tournament last season at 285-pounds and he went 2-1 for the Packers on Thursday.

Nelson said Vlasaty could make some strides on the mat this winter.

“Adam needs to keep working hard in the room. I could tell his stamina was a little down,” Nelson said. “We need to be able to wrestle for three periods and he’s coming down from 285, so it’s a different dynamic at 220 that he’s still adjusting to a little bit. Once he figures that out, he’s going to be really good this year.” 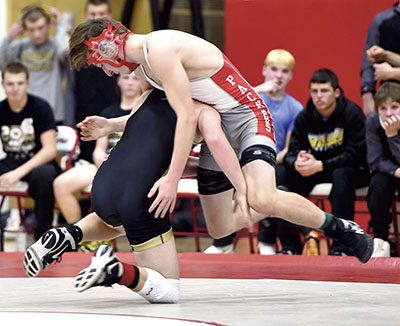 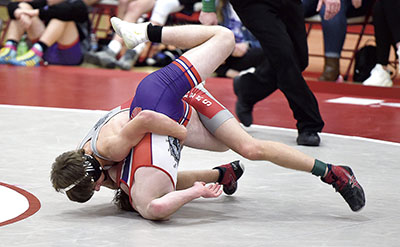 Blue Devils pick up a win before the break