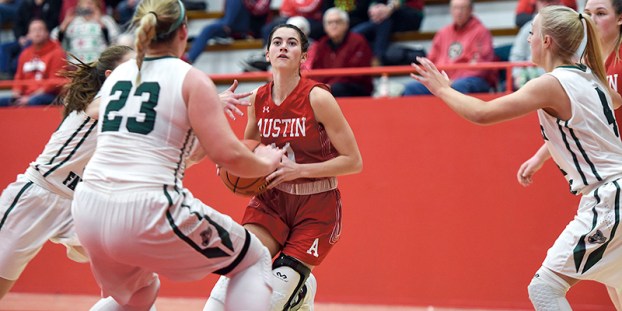 Packer girls continue hot start with a win over Faribault

The Packer girls basketball team is playing on tired legs, but they just keep on winning.

“It was nice to be at home. We’ve had so many road games to start the season,” Dudycha said. “With the pace that we play at in transition, it’s really hard to keep going, but I think we’re doing a really good job at trying to keep up. We’ll get some good rest over break, come back and continue what we’re doing.” 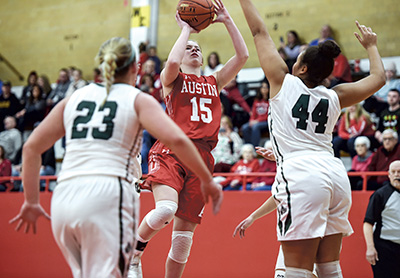 Austin’s Erica Lundberg puts a shot up in the first half against Faribault Friday night in Ove Berven Gym. Eric Johnson/photodesk@austindailyherald.com

Austin head coach Eric Zoske said his team is battling with a lot of sickness and fatigue, but he likes what they showed him by picking up back-to-back wins on Thursday and Friday.

Playing at home at the start of winter break was a major plus for the homesick Packers, who were glad to see some familiar faces in the crowd. 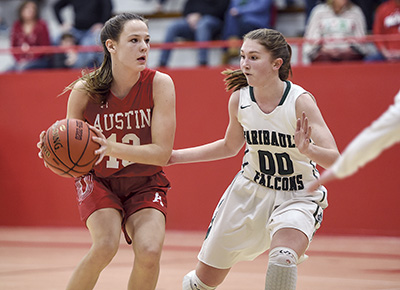 Austin’s Olivia Walsh moves the ball along the arch during the first half against Faribault Friday night in Ove Berven Gym. Eric Johnson/photodesk@austindailyherald.com 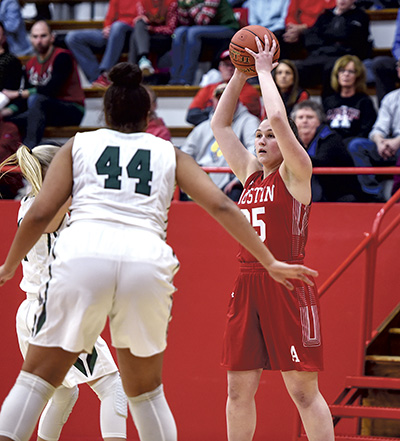 Austin’s Kyra Walters looks to pass from the arc against Faribault in the first half Friday night in Ove Berven Gym. Eric Johnson/photodesk@austindailyherald.com

Austin boys share the wealth in win over Falcons