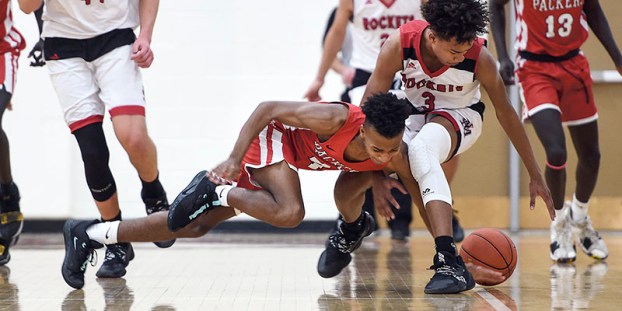 Agwa Nywesh loves playing for the Austin Packers and the town of Austin loves cheering for him.

Nywesh put together the best game of his career as Austin erased a 10-point first half deficit and rolled past Rochester John Marshall 70-46 in Packer Gym Tuesday.

Nywesh, who finished with 36 points, three rebounds, three assists, three rebounds and seven steals, scoring 11 points during an 18-0 Austin spurt that started at the end of the first half and ended when Austin led 32-24 early in the second half. 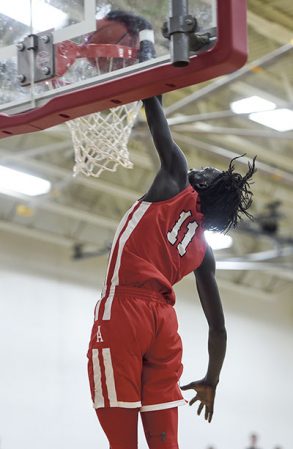 Nywesh was on fire throughout the night as he went 13-for-18 from the field, five-for-seven on three-pointers and five-for-six from the free throw line. He was hitting spot-up threes, pull-up threes and driving through the JM defense all night. Nywesh had Packer Gym rocking as he brought the crowd to its feet.

“This is a real feeling, seeing the energy that the fans give us and how hard they expect us to play. The expect us to win big sometimes,” Nywesh said. “This is the town where you want to play in. This is where you’ll get the rowdiest parents, the rowdiest fans and when everything gets going in a good way, this gym gets loud.” 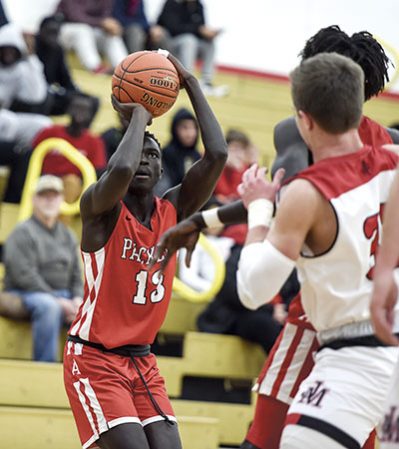 “The biggest shot of the game was Ogur starting the second half with that three,”Austin head coach Kris Fadness said. “It just relaxed us and it calmed us down offensively. Ogur had a good second half for us. In the second half, it was much more like the Packer basketball we’re used to.”

Gari, a senior big man who has specialized in defense and shot blocking early this season, finished with 13 points, three assists and four rebounds in the win.

Austin found itself in a 12-2 hole to start the game and Teyghan Hovland had already picked up his second foul. JM led 24-14 with 5:47 before the Packers started their 18-point run.

“They did a nice job of pinning us down inside and Meister did a really great job of establishing himself inside and he made life tough for us,” Fadness said. 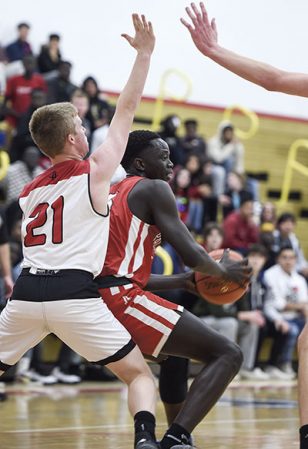 Austin’s Victor Idris works his way inside during the first half against Rochester John Marshall Tuesday night in Packer Gym. Eric Johnson/photodesk@austindailyherald.com

Pushing the pace: Lane directs traffic for Superlarks, who roll past Wolverines