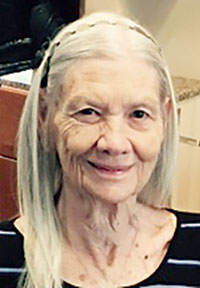 A Florida native with a spirit for adventure and travel, Marian planted her roots in Austin, Minnesota.  She raised a family of two daughters (Lindsay and Kim) and a son (Cory). After the passing of her husband Hal Sessions, she found love again with Ron (Scotty) Devlin. Together they were devoted parents and grandparents with no shortage of patience, adventure, entertainment and lifelong memories. They were the best of friends and partners until Ron passed in February 2012. Marian spent many years working for Hormel Research and Development as a home economist, crafting recipes that used Hormel products for pictures and recipe cards. Marian submitted an idea for a new chili recipe that was placed into temporary production named “Cookbook Chili.” She was the contributing author of “Cooking Sessions with Marian” in the Hormel New publication.

Marian taught her children and grandchildren lasting hobbies such as collecting, antiquing, and cooking, all of which have been passed down for generations. Marian lived a long, full life, rich with family and experiences.

She was loved and befriended by many and will be greatly missed.