A Brownsdale man who allegedly caused bruising on a five-week-old infant made his first appearance on Friday in Mower County District Court. 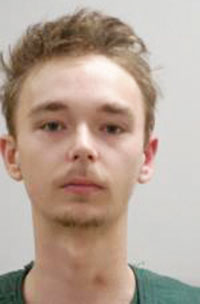 According to the court complaint, the Mower County Sheriff’s Office was notified on Dec. 12 of suspected child abuse involving a five-week-old infant. A Mower County Health and Human Services child protection caseworker reported that the victim had multiple bruises on his arms and legs and asked a Mower County detective for assistance in interviewing the victim’s mother and her boyfriend, Paulsen.

She claimed she never saw Paulsen do anything abusive to the victim, but when the detective advised that he did not believe she was telling him everything, she said she was “scared to” because of what Paulsen might do. When she was assured she and the victim would be safe, she said, “It happened this morning.” She reported Paulsen was mad at her for asking him to feed the victim and that the victim put his hands to his face while Paulsen was feeding him. She also reported previously seeing Paulsen grab the victim’s arms and “very violently” pull them away from his face, saying she believed that was how the victim got bruising on his arms.

When asked about the bruising on the victim’s legs and ankles, she said that Paulsen caused them while trying to “burp” the victim. She said the victim would curl his legs under his body while being burped and Paulsen would pull them straight and hold them in that position. She also said Paulsen “violently” removes the victim from his car seat.

She described Paulsen as having “anger issues” and said she hoped he would get help for them.

They then interviewed Paulsen, who initially said he had “no idea” how the bruising occurred. He did admit he was “upset” that morning because he had been woken up to feed the victim and that when the victim put his hands to his mouth, he pulled them down. He said he had “gently” done that in the morning. He demonstrated on a doll, saying, “He’s always keeping his arms up here in front of his mouth, so what I do is grab here, very lightly, and pull it down.”

Paulsen will appear in court again on Dec. 26.

A bill authored by Sen. Amy Klobuchar, D-Minnesota, and Sen. Mike Crapo, R-Idaho, aimed at cracking down on robocalls has... read more