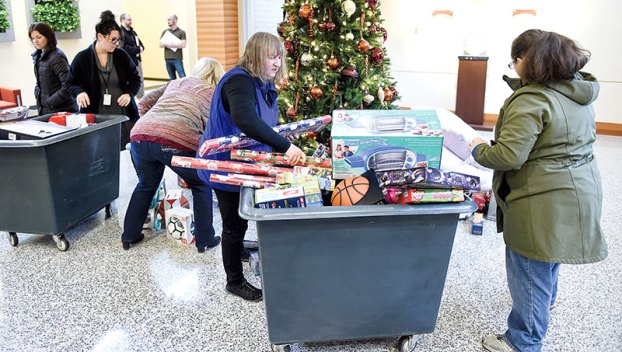 Toys for the Salvation Army are loaded into bins at Hormel Corporate North Friday afternoon. Photos by Eric Johnson/photodesk@austindailyherald.com

Thanks to the generosity of Hormel Food Corps employees, children in Austin will have a brighter Christmas.

On Friday the company, including the Hormel plant and north and south Corporate offices donated several hundred toys as well as some monetary donations to the Salvation Army.

“We have about 500 kids signed up this year,” said Sabrina Duckett, who is in charge of the toy distributed at the Salvation Army. “It’s a huge relief knowing kids will have toys this year and that it will be a good-sized Christmas this year.” 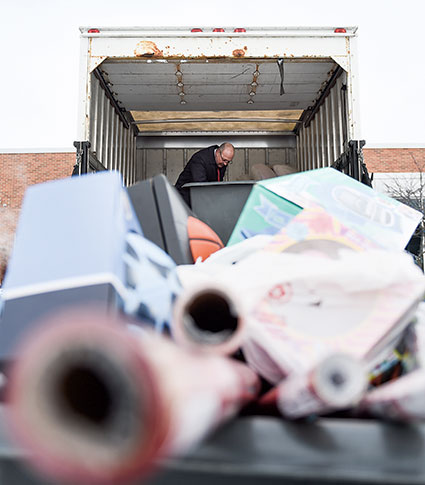 Plant employees donated around $5,000 worth of toys this year, which included some extra money brought in from a cookie sale that went to the purchase of more toys. At Corporate North around 400 toys were donated along with an additional $650 in donations. Around 100 more gifts were donated from Hormel Corporate South.

“The Helping Hand Committee enjoys giving back to the needy in our community,” said Kim Baier, chair of the committee at the plant. 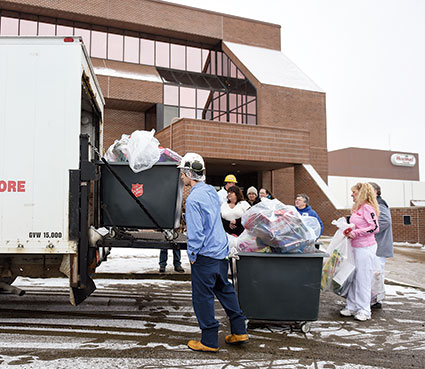 Toys collected from employees at the Hormel Foods Plant are loaded into the back of a Salvation Army truck Friday afternoon.

Plant Manager Clint Walters added, “We’re very blessed at Hormel Foods to be able to give back. It’s huge for Hormel Foods and the City of Austin because we’ve been bonded for years and one doesn’t succeed without the other and I think our employees understand that.”

But what it really comes down to is the ability to bring joy to the children less fortunate on Christmas Day.

“It’s brightening their Christmas morning,” said Salvation Army Major Jeff Strickler. “We don’t get to see the children’s faces, but the relief can be seen on the parent’s faces.” 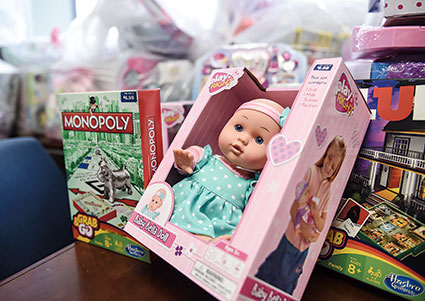 Toys are stacked and ready to be taken to the Salvation Army Friday afternoon at the Hormel plant.

If you heard lots of bells ringing Thursday, you can blame it on Mayo Clinic Health System employees. Match Day... read more