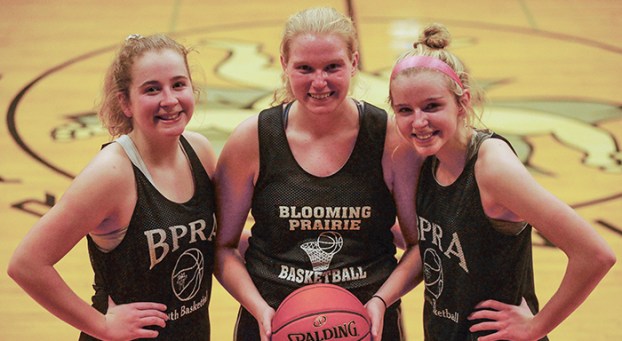 From left, Blooming Prairie’s Maggie Bruns. Julia Worke and Bobbie Bruns have all brought their games to a new level this season as the Awesome Blossoms have started the season on a high note. Rocky Hulne/sports@austindailyherald.com

Fuel for the fire: Blossoms are driven by their past

BLOOMING PRAIRIE — The Blooming Prairie girls basketball has been on the wrong side of some big games over the past three years, but the Awesome Blossoms aren’t dwelling on those shortcomings. They’re using them as fuel.

BP saw its season end on a 49-43 loss to top-seeded Grand Meadow in the 2019 Section 1A Tournament and BP was eliminated in a 67-63 double overtime loss to No. 2 seeded Hayfield in the 2018 Section 1A Tournament. The Awesome Blossoms, who have won four of their first five games this season, have much of the same core back from both of those seasons.

“A lot of our kids on this team were playing in that double overtime loss to Hayfield,” BP head coach John Bruns said. “It just drives them to work hard and it brings them closer together. It’s really help build them as a team.”

Bruns moved over from the boys head coaching position five years ago to coach his daughters, Bobbie, a sophomore point guard who can control the pace on offense and attack the ball on defense, and Maggie, a junior sharpshooter who has elevated her game this season.

Both girls have played played for John for much of their lives and they can recall one-on-one matchups and free throw shooting contests with their dad.

“I don’t remember a time when he wasn’t my coach,” Maggie said.

Bobbie, who also used to run cross country for her dad, has learned to not expect any favors from her dad while they are on the basketball court. 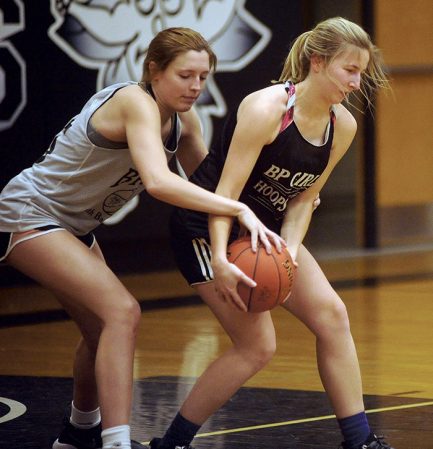 “It’s fun at times, but sometimes it’s hard because he’s always the toughest on us,” she said.

BP has been to just one state tournament in school history back in 1999 and the Awesome Blossoms have won just one Gopher Conference title in the last decade when they won it in 2015. But this year’s BP team has already reached into the state rankings as the team won its first four games by at least 19 points each before losing to Goodhue 60-53 on Dec. 19.

BP has a strong core intact with Megan Oswald, a potent scorer in the paint, Maya Lembke, a quick and steady guard and Julia Worke, a hard working defender who can also knock down big shots. Those players have all been part of BP teams that have gone 30-22 in the last two seasons combined. They’re gaining a better grasp on how to handle setbacks.

Bobbie said the team may have lost the game against the Wildcats, who are a perennial power in girls hoops, but the  Blossoms never lost themselves. 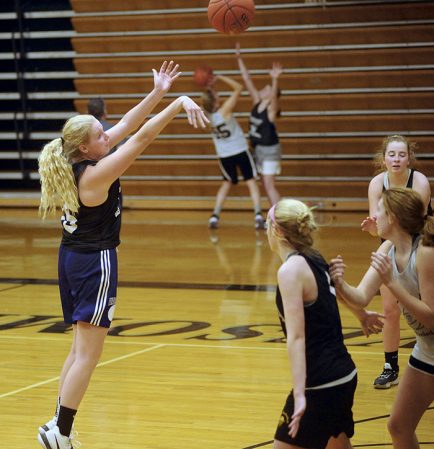 “Taking care of the ball was important in that game and we encouraged each other  a lot. Not everything was going our way at times, but the reason we stayed in the game is everyone was engaged,” Bobbie said. “We all know what losing feels like (from the past two years) and we don’t want to feel that way again. That will drive us to push harder when we’re tired.”

Worke is very familiar with being around elite teams, watching her older sister Madison win a state title with the BP softball team in 2013. She also served as a statistician for the state champion BP football team this fall.

“I’ve learned that you have to have team chemistry. Even if you’re not best friends in school, you’ve have to be best friends on the court,” Julia said. “That’s what being a team is all about.”

BP has built up a strong chemistry, but the team is still looking to build up its endurance. While Allison Krohnberg, Maren Forystek and Bailey Sorenson offer the team some depth, the squad still has to be ready to run hard and run early. All of that running could have the Blossoms chasing bigger things than a near-upset when the Section 1A Tournament arrives in February.

It could have them chasing history. 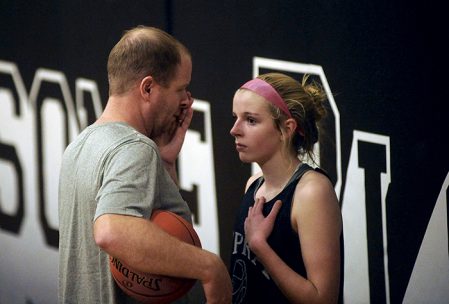 By Chris Hine Star Tribune SAN FRANCISCO — The Timberwolves looked lifeless for the majority of their 113-104 loss to... read more