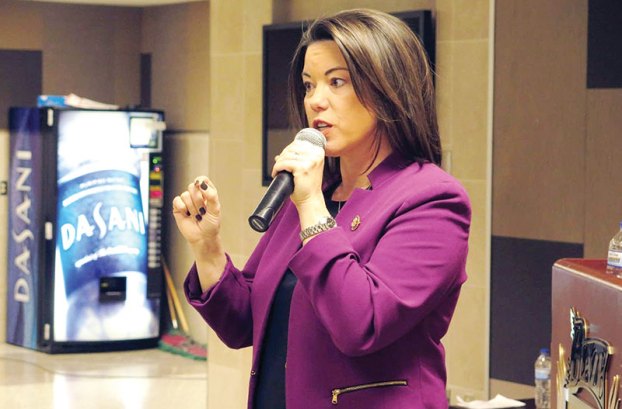 Minnesota freshman Democratic Rep. Angie Craig says she will vote in favor of articles of impeachment against President Trump.

Craig announced her decision Sunday morning in a letter to constituents. She said it came after reviewing the public testimony of the past month, as well as the final House Intelligence Committee report.

“No elected leader is above the law,” she wrote. “It is clear from the testimony and the report delivered to Congress that the president attempted to coerce a foreign government into investigating his political rival by withholding congressionally-appropriated military assistance to a foreign ally. This is a clear abuse of power by a sitting U.S. president for his own personal gain. It is also clear that the president obstructed Congress by refusing to produce documents and blocking testimony during the impeachment inquiry, which is against the law.

“My values would require the same vote if this were a Democratic president. It is about protecting our democratic values, about right and wrong, and about upholding my oath to the Constitution and the rule of law.”

Craig wrote that it’s “a vote that no member (of the House) should ever want to take, and I certainly did not.”

Craig was the last member of Minnesota’s House delegation to announce how they planned to vote. On Saturday, Democratic Rep. Collin Peterson said he planned to vote against impeachment barring new evidence in the coming days.

Craig is walking a fine line on impeachment in her district, which elected her by more than 5 percentage points last fall after swinging narrowly for Trump in 2016. The 2nd District covers Democratic-friendly suburbs southeast of the Twin Cities, as well as more conservative towns nearly 100 miles south.

Another freshman Democrat, Rep. Dean Phillips, told CNN last week that he plans to support the articles of impeachment. He was previously undecided on whether he’d vote to impeach the president. Phillips’ 3rd District strongly backed Hillary Clinton in 2016.

The articles accuse Trump of abusing his power and obstructing Congress in his dealings with Ukraine. Trump has called a phone call with Ukraine’s president “perfect,” and Republicans in Congress have said the president did nothing to warrant impeachment.

House vote, and on to the Senate: What’s next in impeachment

WASHINGTON — The House will vote on the impeachment of President Donald Trump this week after spending the past three... read more