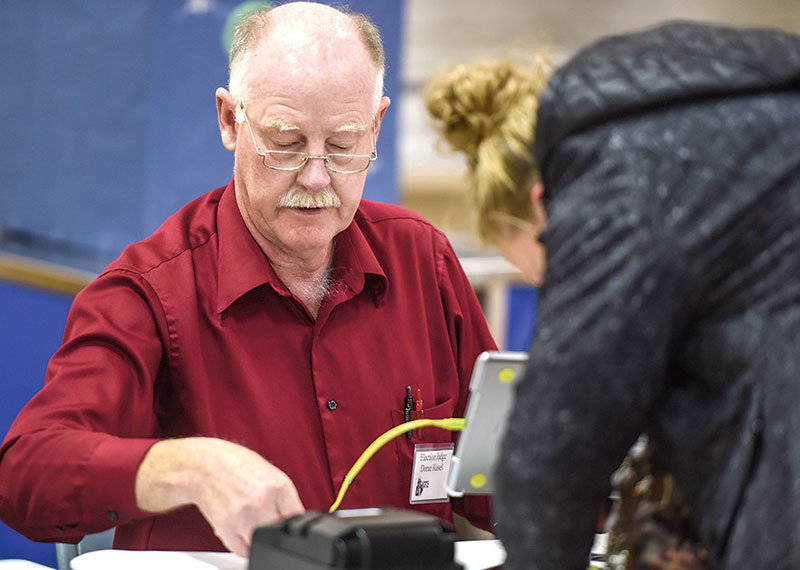 While the city of Austin has already purchased its poll pads, the County Board approved purchasing 27 poll pads for it and townships and cities in the county.

In addition, the county will pay $2,500, while the affected cities and townships split another $2,500 for software licensing.

The Board approved paying the $3,505 for the poll pads.

Commissioner Mike Ankeny asked what the poll pads were for.

The tablets will replace paper rosters used to check people in when they come to the polling place and register to vote.

The new machine would be a laptop the size of a tablet.

The funds could also be used to purchase more vote tabulating machines, Felten said. Currently, the city of Austin has newer machines at all of its precincts.

Purchasing 22 machines for the precincts that do not do mail ballots, plus one spare machine, would cost $118,250.

Because of the grant’s rules, it would cover half of that, $107,000. This is the potential maximum if the county decides to move forward, Felten said.

The grant application is due at the end of January and the county would have all of 2020 to decide whether or not to purchase equipment, he said. The Board approved allowing Felten to apply for the grant.

The remainder would be split between the county, townships and cities receiving the machines.

It reappointed Jen Ulwelling to the Mower County Housing Authority for a five-year term, effective Jan. 1, 2020.

The Board approved using refunded state sales tax dollars, totaling $30,000, to fund part of the bathroom project at the Purple Ribbon Plaza. The remaining amount , $20,000 will be paid by the Ag Society.