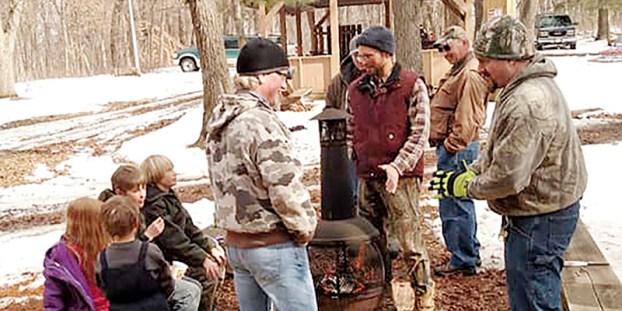 The Cedar River Archery Club will be ringing in 2020 a little early, with a shoot on Sunday, Dec. 29.

The event, which began last year, is intended to help fill the winter months, when there is a gap in archery activities, Tim Hansen said.

In its first year, about 25 archers attended the event.

It is less about seeing who is the best and more about spending time outdoors and doing archery, he said.

Animals, or at least 3D animal targets, ranging from baboons to alligators and bears to a giant mosquito, will make an appearance at the shoot.

The targets make for a more interesting shoot, Hansen said.

“That’s a live looking animal sitting out in the woods, not just a paper target,” Hansen said.

While the weather can complicate an event this time of year, doing an outdoor shoot in winter can also be easier to setup due to the lack of brush getting in the way, Hansen said.

Depending on how cold it is, getting arrows back out of a target can be a problem, he said.

Bonfires and the group’s heated building can be used for people to warm themselves during the event, which will run from 9 a.m. to 2 p.m.

If the weather were to get to a point where roads would be impassable, it would be canceled, Hansen said. Announcements about the event can be found on the Cedar River Archery Club Facebook page.

There will be chili at the event with the only cost for food being an optional freewill donation.

The cost to attend the event itself is $10 for members and $15 for non-members. There are also special rates for family and youth.

While he enjoys participating in the events, the best part for Hansen is seeing young people get involved.

“If the kids don’t get involved in it, everything goes away,” he said.