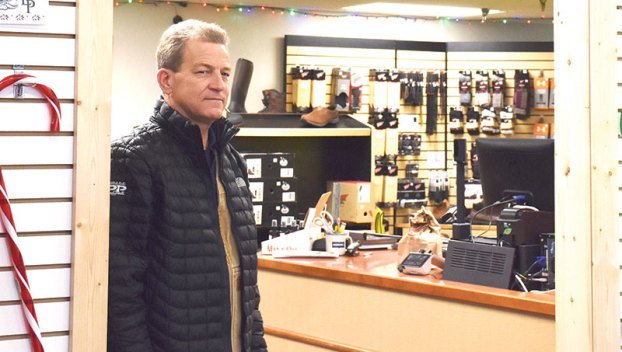 Kyle Klaehn, former owner of Double K Specialty, standing at the entrance to the section of Games People Play that features product lines he brought with him. Tyler Jensen/tyler.jensen@austindailyherald.com

A walk to new digs: Kyle Klaehn brings himself and product lines to GPP

With the closing of Double K Specialty in Austin, owner Kyle Klaehn has moved to work with the group Games People Play and brought some of the product lines with him.

Klaehn announced the store, which sold farm and pet supplies, would be closing in September.

He said there were a number of things that made him decide to close the business, but one of the factors was the changing retail environment.

“There’s definitely more of them (bricks and mortars) closing than opening for the most part,” Klaehn said.

While he said no one has a crystal ball, Klaehn decided to plan for more and more shopping to be done online.

That left him with having to find something else to do, which led him to Games People Play.

Working there has allowed him to continue working with products that are less affected by online retail, Klaehn said.

It will still probably be a year or so before he really gets used to the differences between owning Double K and working at Games People Play.

Klaehn said he is still unable to pick out the best part of the years of Double K. 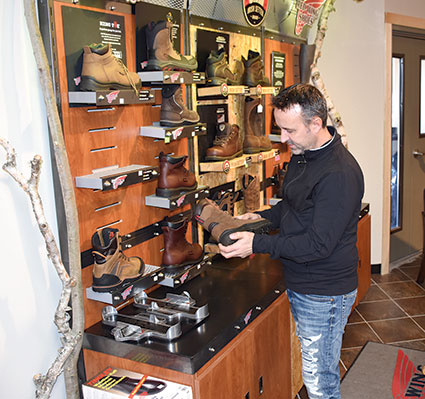 He did however, have advice for people who are looking to own their own business. The biggest pieces were to have experience in the field they are looking to be in and the importance of diligence, especially when it comes to banking and lending.

He also said if possible, stores should have diversified products and services, as it would allow them to weather a storm in one area with sales from a different group of products.

With him came some of the product lines he had at Double K, including Red Wing shoes and boots.

Manager Corey Anderson said having an open section of the store when Klaehn approached them about taking over the sale of Red Wing products in Austin made a perfect fit.

“We felt like this was a perfect fit for us to venture off into something new,” Anderson said.

There is a crossover between the customers who come into the store to buy sports equipment or Bruins merchandise and those who are looking for Red Wing footwear, Anderson said. He said the product line has also been expanded from when Klaehn had it at Double K.

Having Klaehn onboard after what he has built over the years is exciting, Anderson said.

In addition to Red Wing products, the store has also added other work related clothing.

More information about Games People Play is available at its website: www.gppaustin.com.