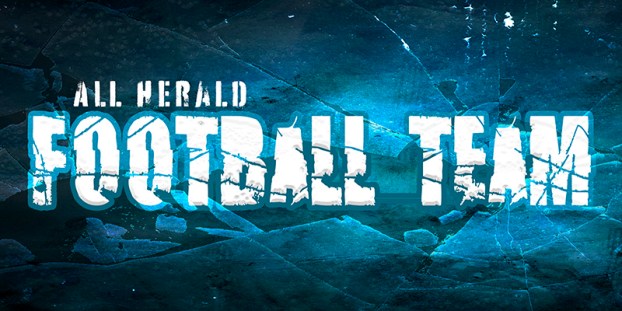 The senior went 195-for-262 with with 2,808 yards, a school-record 48 touch downs and nine interceptions. Thomas, who took over the quarterback spot when Seth Peterson was injured last year, also set a new BP record with a 74.4 completion percentage this season.

Finally healthy after two years of being banged up by injuries, the senior went out with a bang as he ran for 1,111 yards (7.0 per carry) and 24 touch downs. Johnson also caught four passes for 39 yards.

The physical senior ran into and through a lot of piles as he compiled 1,502 yards (7.1 per carry) and 19 TDs. Pryor caught 16 passes for 193 yards and four TDs. He was instrumental in BP’s tournament run as he ran for 668 yards in BP’s five postseason wins. 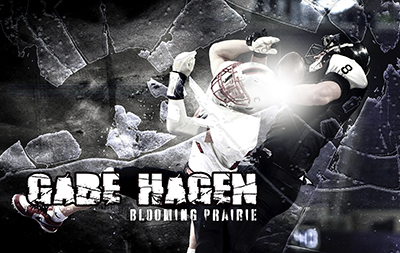 The senior, who was selected to the Minnesota All-Star Game, was a matchup nightmare for opponents as he caught 61 passes for 874 yards and 15 TDs. Hagen has committed to play football at Division II Minnesota State University in Mankato and was also named First Team 2019 Minnesota Associated Press All-State Football Team.

The senior showed quickness and explosiveness as he hauled in 51 passes for 667 receiving yards and 11 TDs. Towey also averaged 21.3 yards per kick return and took one kick back for a TD.

The six-foot, 343-pound bruiser paved the way for a lot of big running plays for BP this season. Weinberger also was solid in pass protection as he allowed zero sacks.

The senior center allowed just one sack, kick-starting BP’s offense up front. Nirk offered great versatility as a he could make calls at the line and get out and block on the edge.

While a bit undersized, the senior used leverage and strength to block both on the run and the pass.

The junior was a top blocker for a Superlarks team that ran for over 3,000 yards on the season.

The junior provided a big push up front for the Vikings.

The senior was in on 49 tackles and added 25 tackles for a loss, 9.5 sacks, one interception and two fumble recoveries. Hagen scored two defensive touchdowns on the season and often disrupted opponents’ passing and rushing attacks with his presence.

The senior dominated the edge with awareness and hustle as he was in on 83 tackles, 13.5 sacks and 26 tackles for a loss. Larson had eight sacks and three passes deflected in the three games in the state tournament.

The senior big man had 43 tackles, eight sacks and one interception for a touchdown for the Packers. Andersen has committed to play college football at Division II Minnesota State University in Mankato. He was recently named Second Team 2019 Minnesota Associated Press All-State Football Team.

The junior delivered a lot of big hits for the Blossoms as he was in on 134 tackles, 21 tackles for loss, one sack and one interception. 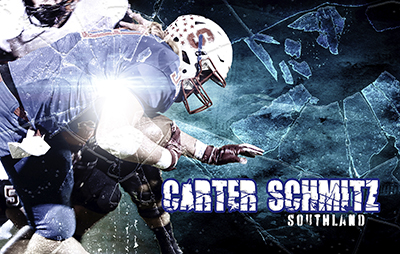 The senior finished with 71 tackles for the Rebels, despite missing four games this season. The Minnesota All-Star Game selection finished his career with 246 tackles, eight interceptions and five fumble recoveries.

The senior missed three games due to injury, but was solid when he was on the field. Vigeland picked off three passes and deflected 16 passes. Vigeland, a three-year starter at BP, has committed to play college football at Division II Concordia-St. Paul.

The sophomore was a ball hawk in the secondary as he had 74 tackles, six interceptions, four fumbles forced and one fumble recovery.

The senior was an emotional leader on and off the field for the Superlarks with 108 total tackles, three sacks, one interception and two fumble recoveries.

The senior was hampered with an injury for much of the season, but he finished with 551 yards rushing in six games.

The junior had 38 tackles, two sacks and one blocked punt.

The senior ate up a lot of blockers for BP and he also was in on 46 tackles, 12 tackles for loss and four sacks. Krell also had one fumble recovery.

The junior had 78 total tackles, five sacks and one fumble recovered. On offense, Kraft was a key blocker and he caught eight passes for 154 yards and a score.

The senior had 57 tackles, four fumbles forced, one sack and one fumble recovery.

The junior had 43 tackles, three sacks, three passes defensed and one fumble recovery.

The senior had 43 tackles and two interceptions.

The senior threw for 1,871 yards with 18 TDs and eight interceptions. Nelson set the Hayfield record for passing yards in a season and a career and the career passing TD mark.

The sophomore had 73 tackles and three interceptions as a defender and caught 12 passes for 199 yards.

The senior had 53 tackles, 1.5 sacks, one fumble recovery and one fumble forced.

The junior played various different positions for the Athletics as he had 848 passing yards, 300 receiving yards and 98 tackles.

The junior caught 52 passes for 930 yards and nine TDs and he ran for 192 yards and a touchdown.